Will Uniqlo earn big money in Vietnam like H&M and Zara?

Uniqlo considers Vietnam a key market which will help it access the Southeast Asian market. However, the strong development of Zara, H&M, Elise and Hnoss will challenge the global Japanese brand.

Uniqlo has stated that its first shop in Vietnam will be located at Parkson Saigon Tourist Plaza in the central district 1, HCM City. Covering a total area of 3,000 square meters, Uniqlo Dong Khoi has been advertised as one of the largest stores of the brand in Southeast Asia. 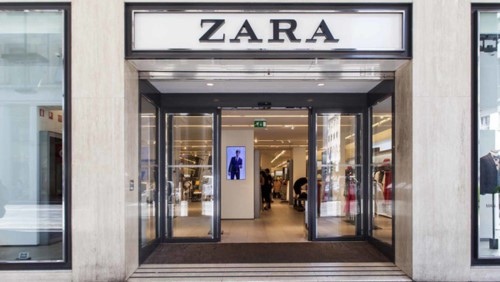 Uniqlo is the 11th international high-fashion brand present in Vietnam. Together with other foreign brands and domestic brands such as Eva de Eva and Libe, Uniqlo is believed to trigger a fierce competition in the 95-million consumer market.

Vietnam is the second biggest market of the company in terms of revenue, just after Indonesia. After three years of presence in Vietnam, the brands collected VND3.1 trillion and the average annual gross profit margin is about 40 percent.

Owning seven shops in HCM City and Hanoi, H&M Vietnam has had the fastest expansion rate among H&M companies all over the globe.

Vietnam is lucrative soil for many international fashion brands. Having filed for bankruptcy protection in the US, Topshop and Gap still maintain their business activities in Vietnam.

Commenting about opportunities in the Vietnamese fast fashion market, Dinh Anh Huan, the founder of Seedcom, said Vietnam has great potential with nearly 100 million people and high demand for mass produced products and a low number of domestic brands.

Vietnam’s fashion industry in 2018 had estimated value of $5 billion. With a growth rate of 10 percent per annum, the market value may reach $7 billion by 2023, according to Seedcom.

In such a market, Uniqlo, which is arriving in Vietnam at year end, will have to compete with 10 prestigious international brands and tens of domestic names which offer products at affordable prices.

Fast Retailing has reported a pre-tax profit of $2.3 billion for the 2019 fiscal year.

Japanese global apparel retailer Uniqlo has announced that its first store in Vietnam will be located on Dong Khoi Street, a high-end shopping street in HCMC’s District 1, but it refused to reveal the specific launch date.