The craft of gold laminating in Kieu Ky village, Gia Lam district, Hanoi has seen around 400 years of history.

Handed down through generations, local craftsmen’s skills and techniques have created sophisticated products which have brought fame to Kieu Ky village.

According to historical records, the craft was founded in the 17th century by Nguyen Quy Tri. Despite historical ups and downs, every step in the manufacture of the craft has been well preserved by the villagers.

The craft is being practiced by nearly 50 households in the village. Upon arriving in the village, tourists can hear the clanking sounds of hammers tapping pieces of gold.

Despite fierce competition from machine-made products, handicraft products made in Kieu Ky village have established their own value nonetheless and won much favour from customers. 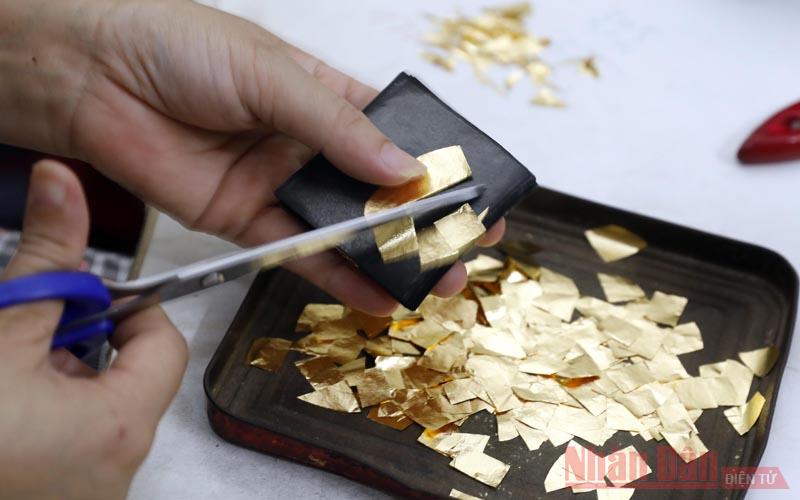 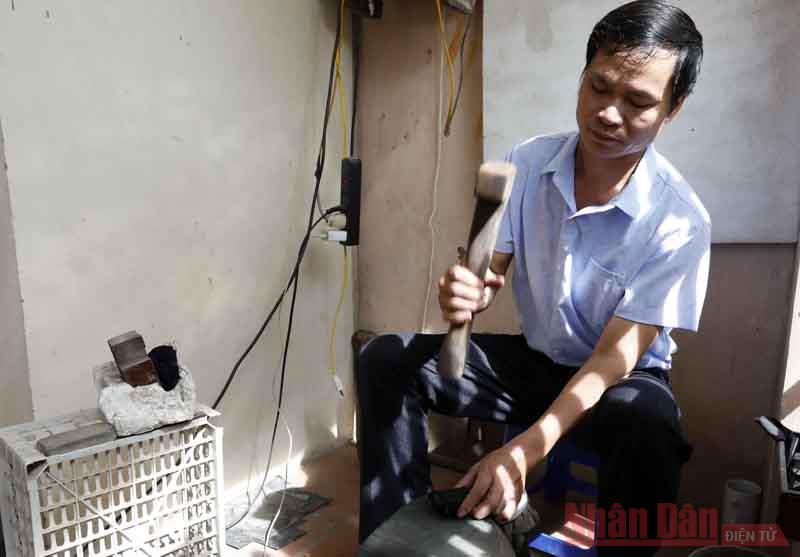 Artisan Nguyen Van Hiep hammering gold bullion until the leaf covers the entire parchment whilst remaining broken. The process lasts around one hour. 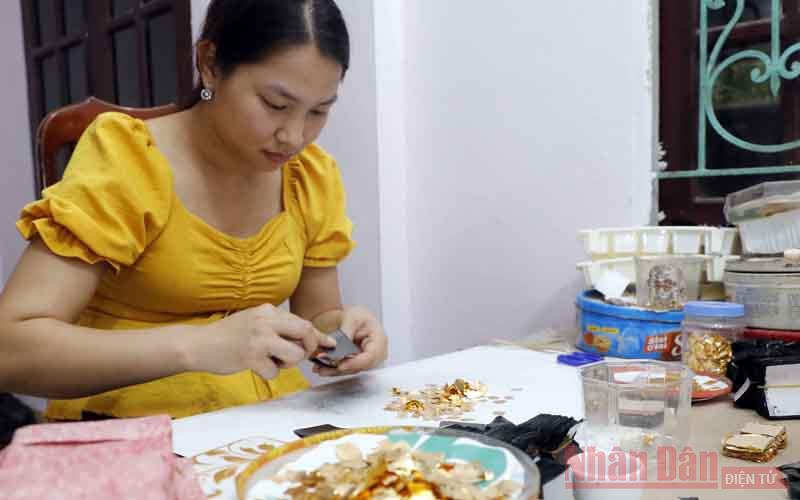 Gold leaves are then removed from the parchment and placed between papers measuring 5 square centimetres. 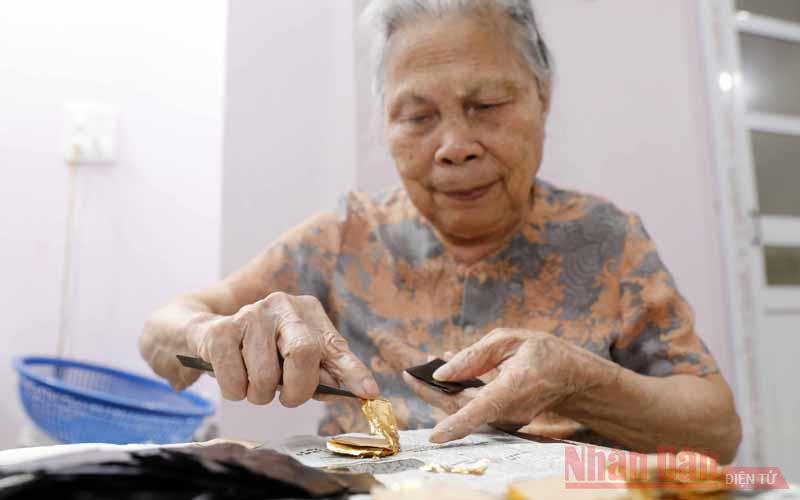 Despite her old age, 80-year-old artisan Nguyen Thi Binh still masters every step in the process. 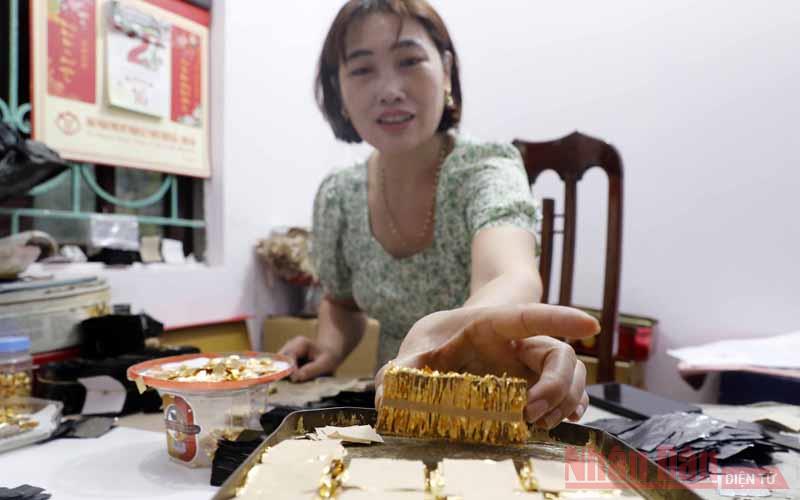 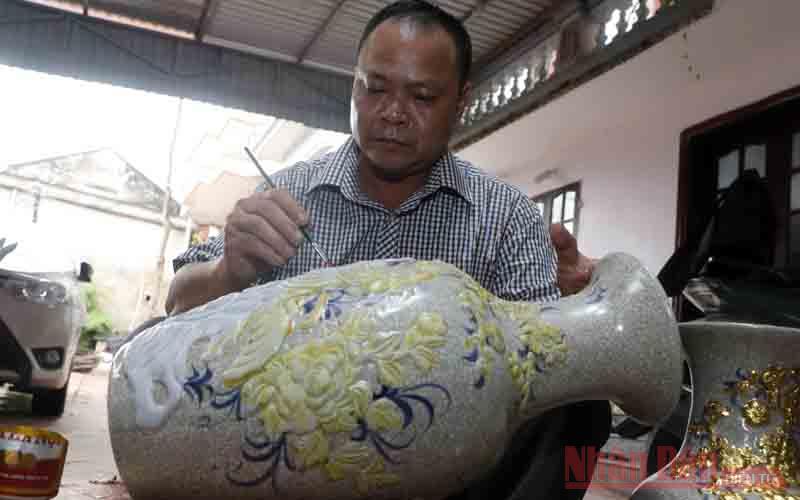 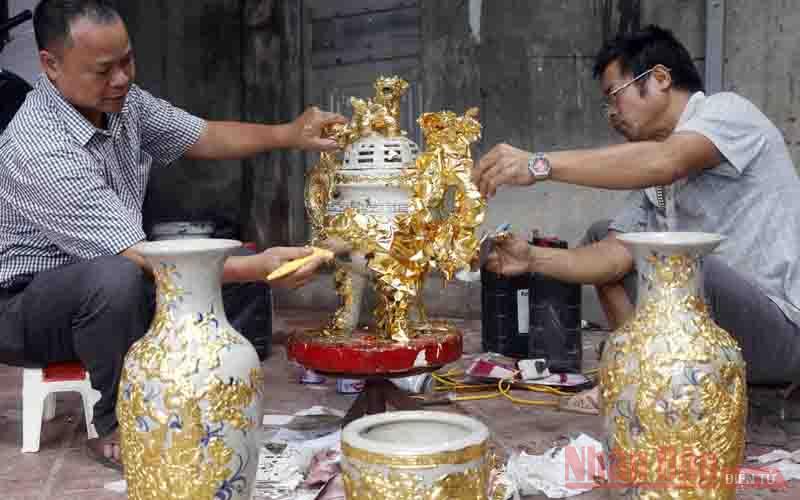 Depending on the type of product, craftspeople use the appropriate glue to create adhesion.

The Kieu Ky gold laminating craft village (Gia Lam District, Hanoi) has a history of about 400 years. Through ups and downs, people still retain their traditional profession with stages that require ingenuity and sophistication.