Contemporary Vietnam has all the ability to conduct comprehensive modernisation and develop successfully and with stability, while overcoming obstacles such as corruption and acts of sabotage by hostile forces,

according to delegates during a virtual scientific workshop in Moscow, Russia on December 19.

The event was held by the Ho Chi Minh Institute (Saint Petersburg State University) under the theme “Vietnam’s changing role in the contemporary world: Towards the 13th National Congress of the Communist Party of Vietnam”, and gathered the participation of prestigious scholars from Russia, Kazakhstan, Indonesia, the Democratic People’s Republic of Korea, and Vietnam.

In his welcome speech from Hanoi, Russian Ambassador to Vietnam Konstantin Vnukov highlighted the important role of the Communist Party of Vietnam (CPV) in leading the national construction and development process, with recognisable achievements such as high economic growth over many years and the country’s increasing integration and international position. In particular, Vietnam has become one of the few countries to maintain economic growth despite the COVID-19 pandemic, he said.

For his part, Vietnamese Ambassador to Russia Ngo Duc Manh stressed the special significance of the 13th National Party Congress in Vietnam’s political life, stating that under the leadership of the CPV, Vietnam has attained significant accomplishments, especially in the maintenance of political stability, economic development and extensive international integration.

At the workshop, Russian and international experts and scholars focused on discussing the outstanding features of Vietnam’s foreign policy and development strategy as well as the country’s socio-economic accomplishments in recent years. Many speeches pointed out that despite the disease, Vietnam’s role in the international arena is still increasing. In particular, Vietnam has maintained a foreign policy of peace, proactive and active international integration, and willingness to be a friend and reliable partner to all countries in the global community. Vietnam and Russia have fostered close and traditional friendly relations, and have always attached importance to consolidating and developing bilateral ties.

Touching upon the “phenomenon Vietnam in the COVID-19 pandemic”, Dr. Evgeny Vlasov, a leader of Far Eastern Federal University, said that Vietnam’s success lies in the Party and Government’s close direction and mobilisation of the entire political system to participate in pandemic prevention and control, with strong support from the people.

In his speech, Prof. Dr. Vladimir Kolotov, head of the Ho Chi Minh Institute at the Saint Petersburg State University, stated the 13th National Congress of the CPV will take place in a stable but difficult international environment. Regardless of the existing challenges and complexities of the international situation, the history of recent decades convincingly shows that Vietnamese leaders are working out a wise and optimal path to escape from seemingly hopeless situations when the country is faced with fateful choices, he said.

Dr. Kolotov assessed that the new composition of the CPV Central Committee and the Politburo over the next five years will bring Vietnam on a path of advanced development that requires domestic political stability, the maintenance of high economic growth, and accurate calculation of the balance of power in regional and global politics.  NDO

Vietnam is an important partner of Japan and plays a key role in realising the Free and Open Indo-Pacific strategy, said Japanese Prime Minister Yoshihide Suga.

More than five decades since its establishment, the Association of Southeast Asian Nations has become a great economy and community in the world with security-political and cultural-social co-operation  that continues to deeply develop. 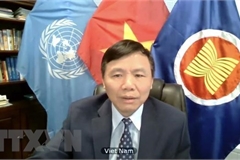 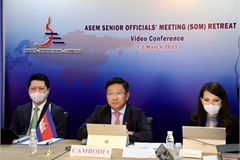 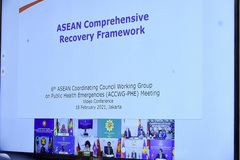 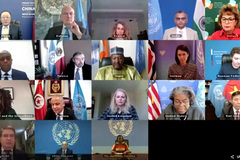 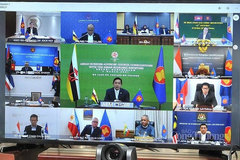