A ceremony marking the 20th anniversary of Asia Dragon Bazar, a shopping centre of the Vietnamese community in the Czech Republic, recently took place in Cheb city, Karlovarsky province bordering with Germany.

Speaking at the event, Vietnamese Ambassador to the Czech Republic Ho Minh Tuan lauded Asia Dragon for its contributions to the life of the overseas Vietnamese in the European country and its border areas in particular.

He asked the Vietnamese people in Asia Dragon to continue building on the past achievements and look toward the homeland.

They raised fund in support of disaster victims at home, he said, adding that his company also invested in a wind power project worth 200 million USD in Vietnam’s central province of Ha Tinh, which was mentioned in a Memorandum of Understanding during Prime Minister Nguyen Xuan Phuc’s visit to the Czech Republic in April 2019.

The bazar is also a venue for activities during Vietnam’s major holidays. It also opens two Vietnamese classrooms each Saturday.

Founded on June 12, 1999 on a total area of 13ha, the bazar groups the Vietnamese community’s associations and organisations like the Vietnamese association’s chapter, women club, war veterans and Buddhists’ chapters. VNA 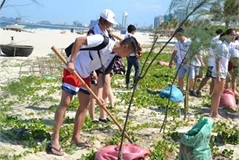 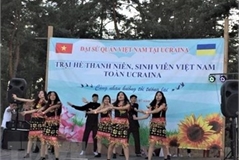