Painter Do Duc, 75, is no newcomer to Vietnam’s northwest.

Having passed through the mountains numerous times to sketch people going about their daily business and despite the rigours of getting around by motorbike and then walking long distances, he was still keen to become involved in a new local project aimed at tackling issues now facing tourism. 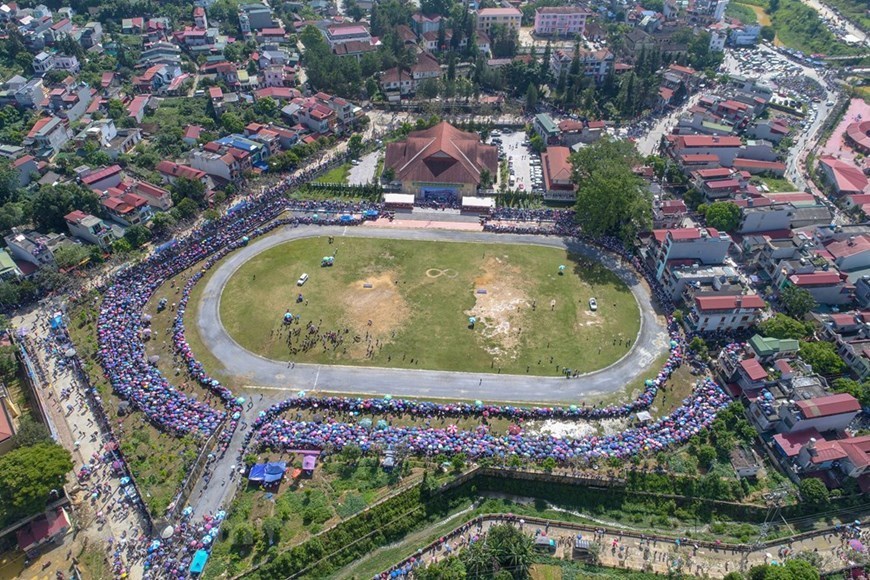 Located 60 km far from Lao Cai city, the district is endowed with cool weather all year round (Photo: VNA)

“This is a cultural and tourism exploration programme to Bac Ha District,” explained Thai Huyen Nga, a CRED programme officer, referring to a joint tourism programme designed by CRED Vietnam and supported by the GREAT (Gender Responsive Equitable Culture and Tourism) project, funded by the Australian Government.

The itinerary includes a trip to a local brewer, who has helped preserve the technique of using local maize and 'hong mi' yeast to make a strong, artisanal wine of the Mong ethnic minority. Hong mi plant looks like sorghum, whose seeds can be used as a unique yeast to ferment maize to brew alcohol, or roasted to make small buns.

A Mong legend has it that a poor local man was so hungry he traded his wife for a roasted bun made of hong mi flour.

"We actually heard this tale from a local woman, Vàng Thị Chu, 30, who has set up her own start-up making the Mong wine," Nga said.

The tale reminds Chu of the life and status of a Mong woman. But she’s not alone among local women in staking out a new position within her family and a readily heard voice within her community by establishing a business, which has become a signature destination for visitors to Ban Pho in Bac Ha District, Lao Cai Province.

“Our programme provides local people with the necessary funding,” said Nga from CRED. “We helped Chu start her business, and now she’s much better off.”

“When we asked elder men in the village to help with raising the yeast, they told me, ‘You will fail. If you could become rich making this, someone else would have done it long ago!’” Chu said, recalling those tough early days with a sparkle in her eyes.

When social scientists talk about empowering women, they tend to praise them as “wonder women”, capable of matching or even surpassing men in any field, science or craft, women astronauts, women orchestra conductors, women parliamentarians, and of course, women politicians and diplomats. But such talk inadvertently places even greater pressure and responsibility on women.

With funding from the Australian Government, GREAT seeks to empower local women to engage in agriculture and tourism activities and raise their voice in their family’s economic decision-making.

“The project gets local women involved in every stage of the process and provides them with training so they become accustomed to having their opinions heard and considered,” said GREAT communications officer Truong Quynh Phuong.

Vang A Binh joined the programme a year ago and has learned and changed so much. From someone who didn’t really know how to cook, he’s now so confident he entered a community cooking competition and actually won top prize.

“Now I cook for visitors at our homestay,” he said, adding that he can prepare a long list of local delicacies for visitors of all persuasions.

His house is located deep down a valley, and we had to walk a few kilometres beside a crystal-clear stream to have lunch. He knows that such a long walk may turn off some visitors. But once at his wooden house, the stunning scenery is free to admire from his balcony, and talk of distances seems trivial.

Bac Ha has been dubbed the “forgotten sleeping beauty” of Lao Cai Province, as neighbouring Sa Pa is very much the local tourism magnet.

“Before Covid-19 struck, a lot of foreign visitors used to come to Bac Ha,” said Hoang Van Khoa, deputy chairman of the Bac Ha District People’s Committee. “I’ve heard many say we have retained a stronger connection to nature than Sa Pa has.”

Despite neighbouring a sprawling tourism drawcard, Bac Ha has its own charms and over time attracted its own “type” of tourist: those seeking quieter surrounds and warmer hospitality in homestays rather than at fancy hotels, and who are more than happy to accept the local conditions.

Vietnamese visitors used to only come to Bac Ha on Sundays and were only interested in three places: the Sunday market, Hoang A Tuong Palace, and the Flower Valley.

“When CRED came to Bac Ha in April last year it conducted assessments of the local tourism industry and steered it towards involving more women, who had been left out of such activities prior to then,” Khoa said. “CRED was professional from day one.”

He added that the project started out from scratch, training people on how to turn their home into a homestay, and helping them prepare to meet and greet visitors and keep them entertained.

“But Covid-19 turned everything upside down,” Khoa said.

All of the homestay owners received in-depth training on catering to foreign visitors. Many learned how to prepare basic Western food, like sandwiches and crepes or pancakes. And they also improved their English skills, which have now been blunted by the absence of foreign visitors.

The homestays then switched to hosting Vietnamese visitors, with the bedding and bathrooms remaining the same. But the buffet breakfast with pancakes was changed to pho and other noodle soups or sticky rice.

“There was a local project in the pipeline with funding from Kuwait to build 128 km of asphalted communal roads,” he said.

“It was to start in June, but Covid-19 put a stop to that. It was delayed until August, but then the second wave of the pandemic struck.

“Now we have no idea when the project will be up and running.”

Khoa continued: “After the district became involved in the CRED project, we were afraid that local people may not wish to take part.”

He needn’t have worried. “Everyone in the programme has worked hard and been resilient,” said Nga from CRED.

“People know we’re in the middle of a global health issue and have been understanding and supportive of the project. The homestays have received some Vietnamese guests, who have travelled the world but now can’t go overseas. They also like the tranquillity of the area around Bac Ha and want to explore it on their own, and just don’t care about top-notch services.”
Painter Duc, who has released a book of horse paintings from his travels around the mountains, has just covered 80 km on a motorbike as part of his role in the project.

He enjoyed every minute of it. Over the years he has learned some of Tay and Mong languages to get to know people better.

Age hasn’t stopped him from keeping pace with everyone else, having a good time, sketching when he can, which is the first step in a painting, and, last but not least, buying some home-brew Mong wine.

Flexible booking is also one of the top deciding factors for Asia-Pacific (APAC) and Vietnamese travelers when it comes to the booking process in the present time, aside from price and safety. 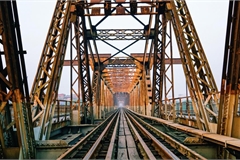