During late September, the remote border localities in the northern mountainous province of Lao Cai, from Y Ty commune (Bat Xat district) to Sa Pa city, are turning yellow due to the ripening rice season.

The vast fields among mountains resounded with the laughter and chatter of all people as well as the sounds of threshing machines and trucks carrying rice. The smell and bright yellow colour of rice will surely enchant any visitor to the localities during the rice harvesting season. 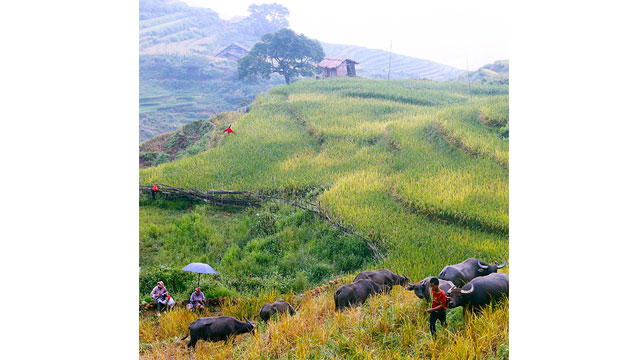 The path to A Mu Sung commune, Bat Xat district

A woman, carrying her baby on her back, is harvesting rice. 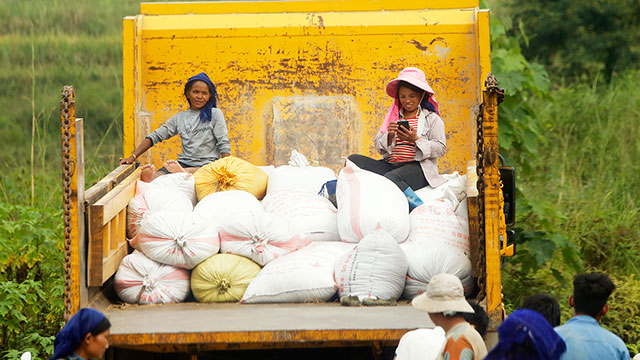 Villagers in Ngai Thau taking harvested rice to their houses. 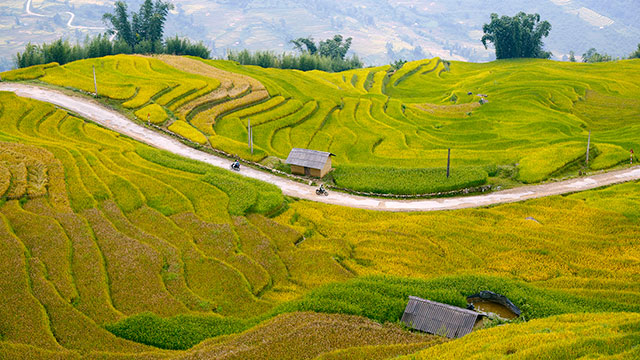 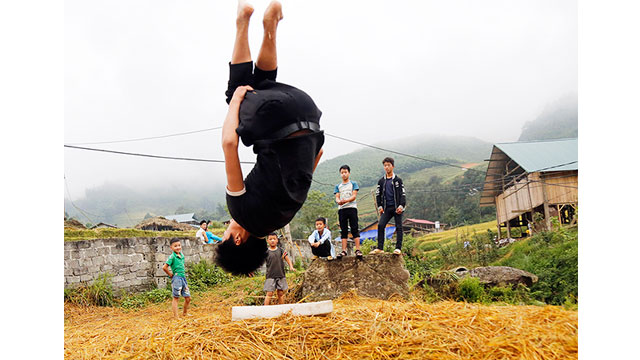 The piles of straw become playgrounds for children.

icon
Banh Cuon: A delicacy with a rich history
icon0