From August 10, three more flights per week will be launched in the air route connecting Hanoi and Tuy Hoa city of the south-central coastal province of Phu Yen, and will take off on Tuesday, Thursday and Saturday weekly.

The route between the central Da Nang city and Da Lat city in the Central Highlands province of Lam Dong will also see an increase of three flights per week from August 14, bringing the total to 10.

The additional flights will depart at 7am from Da Nang and 9am from Da Lat on Wednesdays, Fridays and Sundays.

Vietnam Airlines’ flights in the Da Nang-Da Lat and Hanoi-Tuy Hoa routes recorded an occupancy rate of over 90 percent in July.

For more information, passengers should visit either the carrier’s website: www.vietnamairlines.com, its Facebook page, official ticket offices nationwide or hotline 1900 1100.

The national flag carrier Vietnam Airlines has announced it plan to receive the first Boeing 787-10 Dreamliner in early this month and become the fourth in Asia and the fifth in the world to operate the aircraft.

This is the largest version of the wide-body, two-aisle, and two-engine Boeing 787 Dreamliner.

For the upcoming Boeing 787-10 series, Vietnam Airlines will arrange 24 business-class seats and 343 economy seats for the plane.

The reception of the world's most modern aircraft is part of Vietnam Airline’s strategies to upgrade its service quality, towards becoming a 5-star airline under Skytrax standard by 2020.

From 2015, Vietnam Airlines has continuously increased the number of wide-body aircraft fleet with a total of 14 "super-aircraft" Airbus A350-900 XWB and 11 Boeing 787-9 Dreamliner.

National flag carrier Vietnam Airlines will apply the piece concept for baggage allowances on all domestic and international flights from August 1, replacing the current weight concept.

The national flag carrier Vietnam Airlines reported a total revenue of over 51.6 trillion VND (2.24 billion USD) in the first half of this year, up 5.5 percent year-on-year. 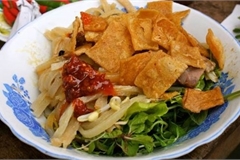 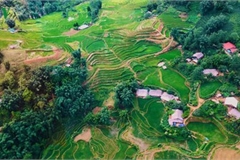 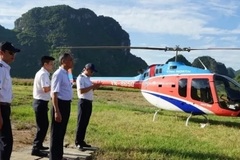 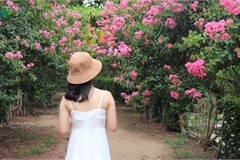 icon
Nothing beats a bath, especially a Dao Do herbal bath
icon0 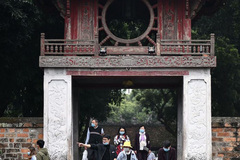 icon
Travel firms: save them or let them die?
icon0