The number of Japanese travelers to Da Nang soared by 18 times in 2011-2017 as non-stop flights between Vietnam and Japan have given a push to tourism industry development.

Tourism, together with agriculture, labor and supporting industries, is listed as one of four new key business fields for cooperation between Vietnam and Japan. 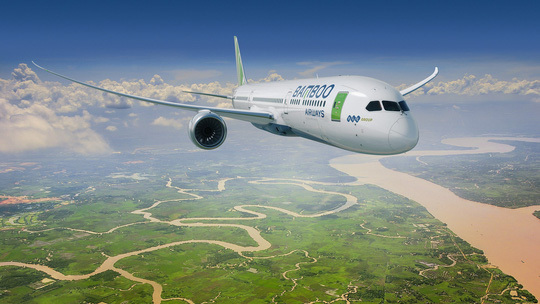 A report released in 2018 on the occasion of the 45th anniversary of Vietnam-Japan diplomatic relations showed that nearly 390,000 Vietnamese traveled to Japan in the year. Vietnam is Japan’s fastest growing market in South East Asia.

The Vietnam National Administration of Tourism (VNAT) reported that the number of Japanese travelers that Vietnam attracted is the second largest in Southeast Asia, just after Thailand. In the first two months of 2019, the number increased by 9.5 percent compared with the same period last year.

Nevertheless, analysts believe that the great potential has not been fully exploited. In 2018, more than 16 million Japanese traveled abroad, but only 826,000 came to Vietnam, or 5.1 percent of outbound travelers.

They think the situation will improve in the future with closer cooperation between airlines and tourism.

Vietnam Airlines, Vietjet Air and Jetstar Pacific all have direct routes that connect Vietnam and Japan.

In Da Nang, which has direct routes to Japan, the number of Japanese travelers in 2011-2017 soared by 18 times.

Bamboo Airways, the newly established air carrier, has recently announced the launch of the first air route to Ibaraki, considered the industry and tourism belt near Tokyo.

A representative of Bamboo Airways said this is the first step in its plan to exploit the Japanese market, and more periodic flights to different cities/provinces in Japan will be provided later.

Bamboo Airways vice president and vice CEO Duong Thi Mai Hoa believes that the air route to Ibaraki will help optimize cooperation between Vietnam and Ibaraki in many business fields, including tourism.

Vietnam Airlines, the nation’s flag air carrier, continues to have the highest number of air routes to Japan. On October 28, 2018, it opened the new Da Nang – Osaka route with 7 flights a week with Airbus A321.

HCM City loses out on cruise tourism without large ports