The Mekong Delta has been known far and wide for long as a magnet to tourists thanks to its green space and orchards, crisscrossed by canals.

Advantageous in geographic location and resources, yet local tourismsectors still fail to create a breakthrough growth matching the potential of the region.

The Association of Mekong Delta Tourism recently held a tourismpromotion and popularisation conference for the region in Hanoi, which camewithin the framework of the Vietnam International Travel Mart – VITM Hanoi2019.

Vice President of the association Pham The Trieu said that in the pastfive years, tourism in the Mekong Delta obtained an annual growth of over 10percent in terms of tourists who stay overnight and turnover. In 2018, theregion welcomed 40.7 million arrivals to tourism sites.

The official further said that over the recent years, regionallocalities have built products typical for the delta and currently, they aredeveloping the MICE.

Blessed with such huge potential, yet regional tourism still fails toachieve an outstanding growth, one of the causes of which is pointed out bydelegates as wastes and traffic.

Former Deputy General Director of the Vietnam National Administrationof Tourism Dang Van Tien said he even advised operators to not conduct cruisesfor tourists when the tide ebbs as a large volume of wastes will be exposed.

Sharing the same worry, President of the association Tran Viet Phuongsaid that over the many years, Can Tho city has been building a project toensure environment hygiene, but to no avail.

Facing the reality, delegates agreed that localities need to upgradeand build new tourist sites besides calling for investors to tap into regionalpotential.

Over the recent years, infrastructures in the region have got afacelift but, except for Phu Quoc in Kien Giang province, no other localitieshave had multiple-star resorts or recreation centres of the internationallevel. It will be very hard for the regional tourism to compete with othersthroughout the country if it does not change.

Deputy General Director of the administration Nguyen Thi Thanh Huongheld that tourism infrastructures and services in the region are generallydeveloping slowing, with almost similar products that cannot make differences.

The official stressed that the Mekong Delta tourism needs to attractmajor and specialised investors, service providers need to access travel firms,and promotion activities should be held.

For his part, President of the Vietnam Tourism Association Nguyen HuuTho asserted that community tourism and farmstay are the shortest way forlocals to get rid of poverty and to leave an inerasable impression on visitors. President Phuong affirmed that the leadership of his association will pool ideas raised at the conference to provide consultation to the local People’s Committees, boost promotion activities, and take concerted measures to dealwith environment sanity.

The traffic in the Mekong Delta will become more convenient in the timeto come when the Vam Cong bridge is open to traffic in June, liking Lap Vodistrict of Dong Thap province to Thot Not district of Can Tho city.

Besides, by the end of May, the Can Tho airport opened more routeslinking to Thailand, Malaysia, Vinh, Thanh Hoa, Hai Phong, Nha Trang, Da Lat,etc., thus further facilitating the attraction of tourists to the Mekong Delta. All these are expected to create a facelift for the Mekong Delta./.VNA

River-borne tourism a typical product in Can Tho city

Stretching for 55 km along the Hau River, Can Tho city boasts favourable conditions to develop river-borne tourism, a typical product of the locality.

Prime Minister Nguyen Xuan Phuc has approved the “Strategy on Vietnam’s tourism development until 2030”, which seeks to turn tourism into the key economic industry, the Government Portal reported. 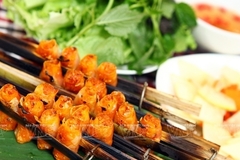 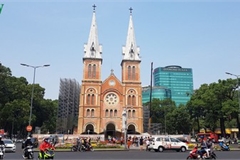 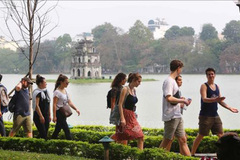