In addition to its magnificent natural beauty with rolling mountains and attractive beaches with golden sands, Vietnam is famous for amazingly beautiful waterfalls around the country.

During hot summers, beautiful waterfalls are also ideal destinations for local people and visitors to immerse themselves in cool water.

Ban Gioc Waterfall, which is located in Dam Thuy Commune, Trung Khanh District, Cao Bang Province, is considered one of the priceless gifts that nature has bestowed on the province. It is one of the tallest, most majestic and beautiful waterfalls in Vietnam. 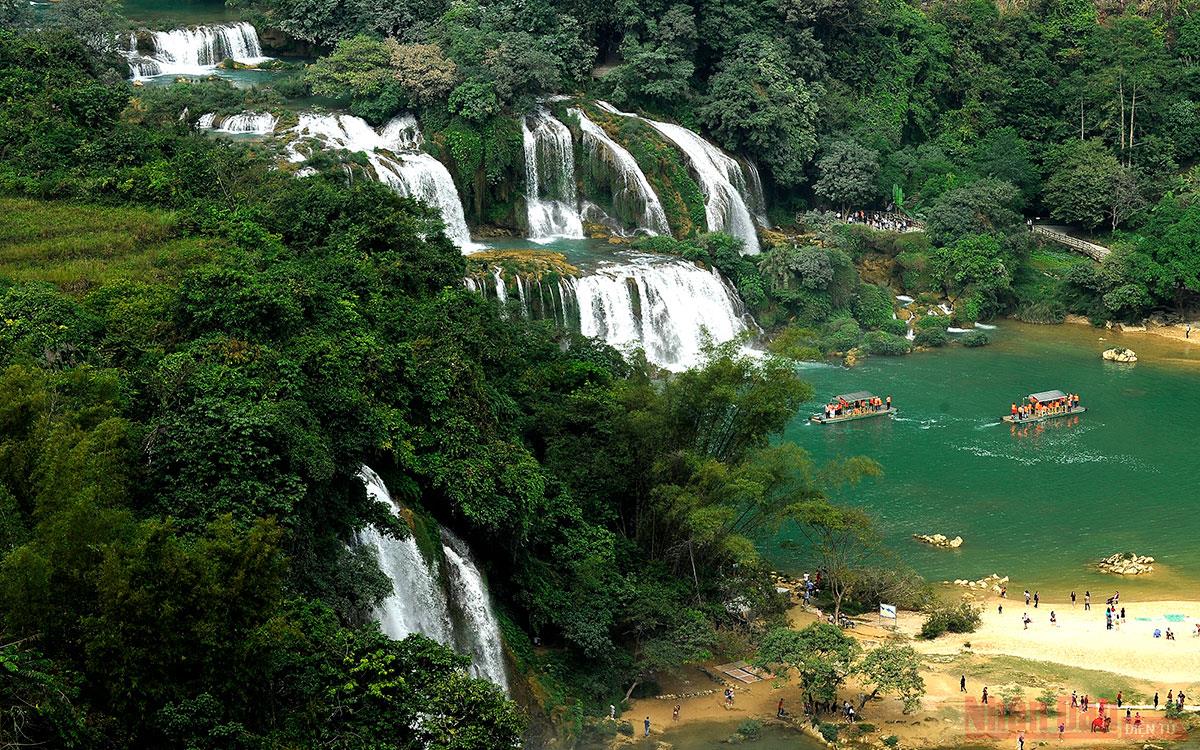 With a height of 53 m, a width of 300 m, the waterfall has three levels including many different large and small falls. Large bodies of water pour down through many limestones, forming a special white mist. 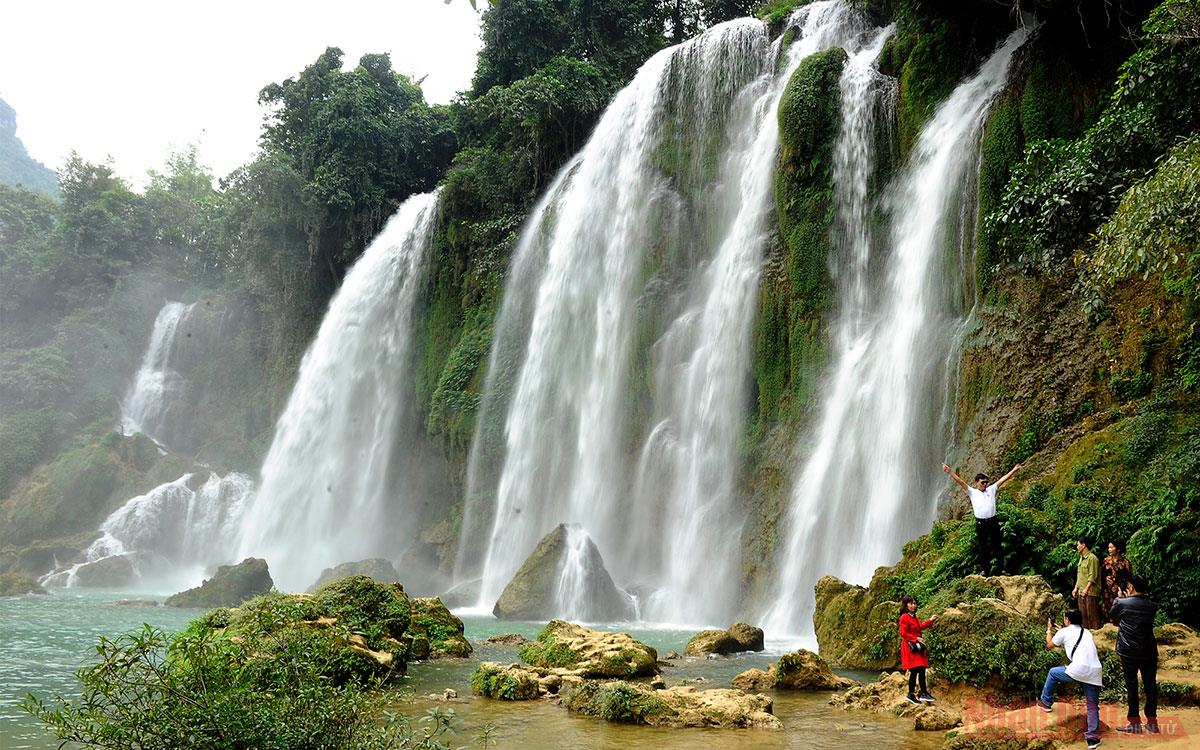 Even from afar, visitors can hear the sound of the waterfall. In the middle of the waterfall, a large stone mound covered with green trees splits the river into streams like white silk. 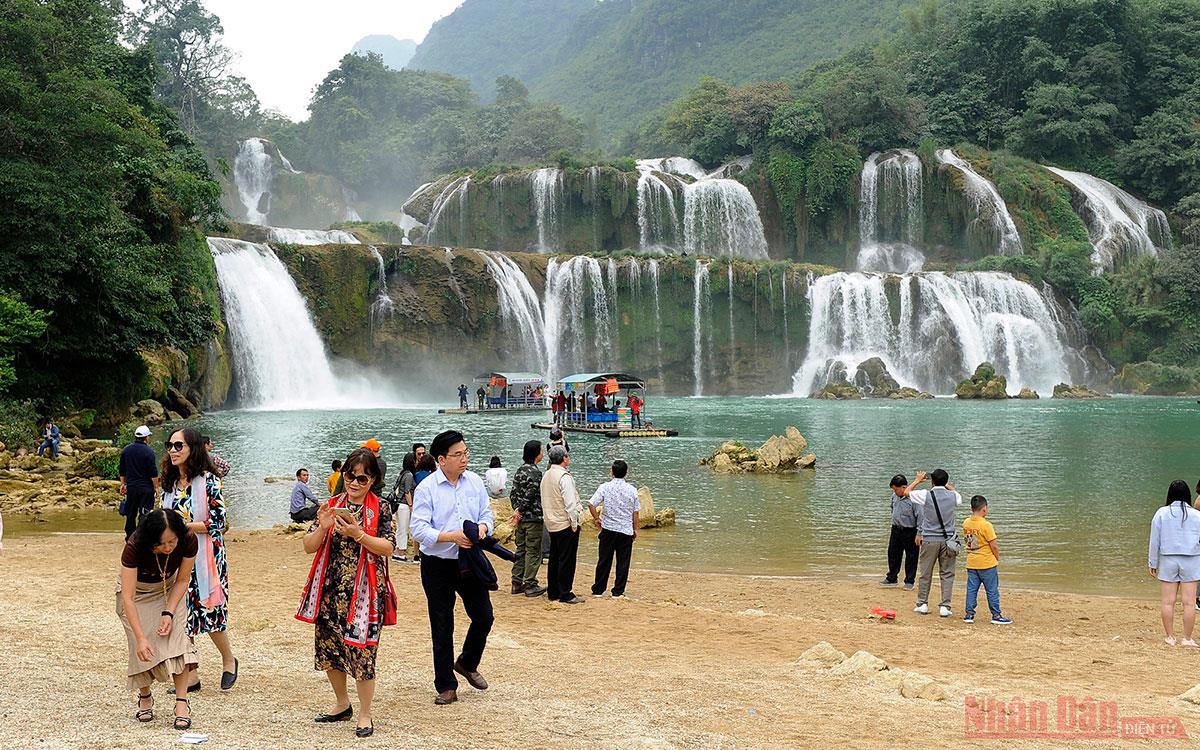 In the morning, the sun shines through the steam, forming a shimmering rainbow. With its own beauty and advantages, Ban Gioc Waterfall has attracted a large number of visitors.

Located in an area of more than 8,000 hectares on the Na Hang ecological lakebed in Thuong Lam Commune, Lam Binh District, in the northern mountainous province of Tuyen Quang, Khuoi Nhi Waterfall has become an interesting and indispensable destination for visitors. 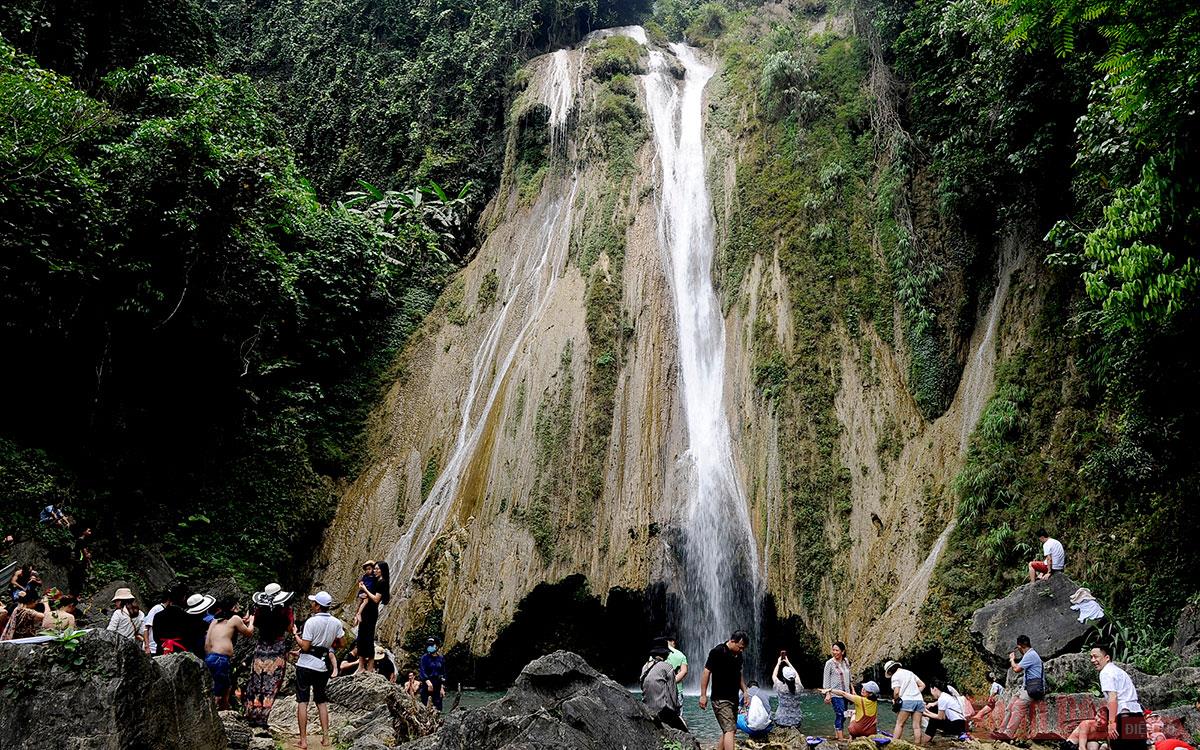 Khuoi Nhi Waterfall has many levels, stretching 3 km from the top of the mountain to the soft lake. 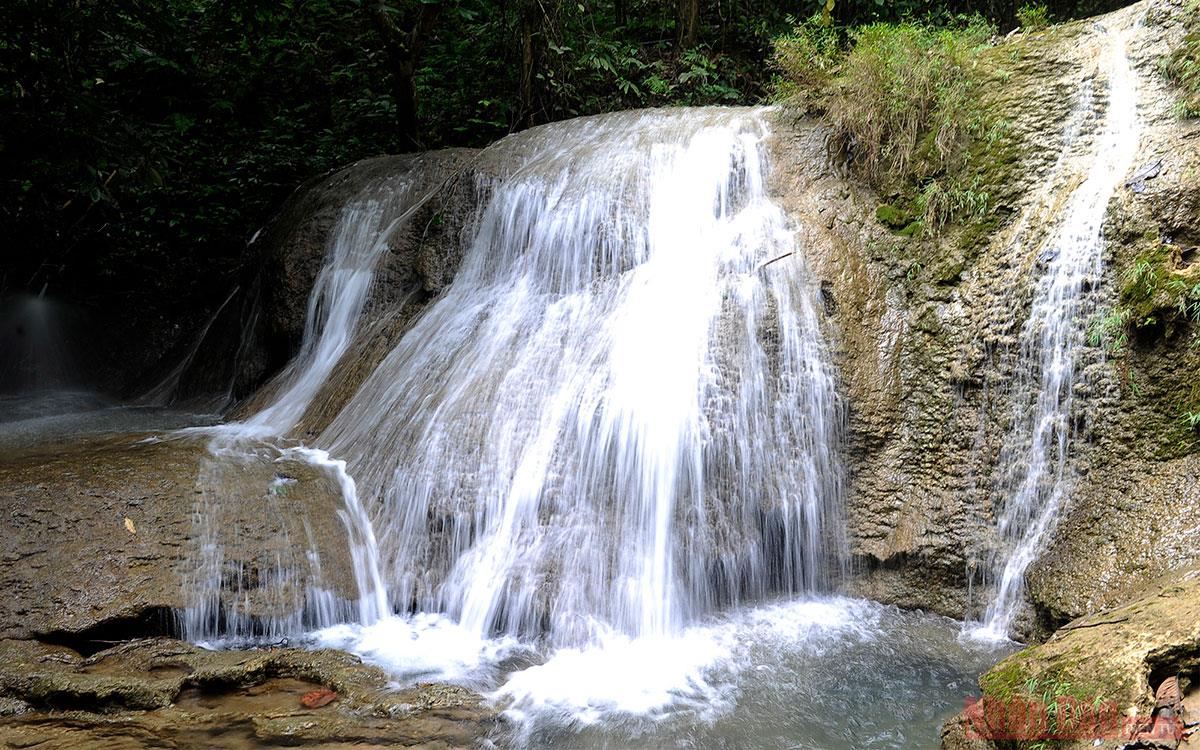 Tourists to Khuoi Nhi Waterfall can climb from the foot of the waterfall to the upper layers and sit on the edge of the water to relax and enjoy the scenery. 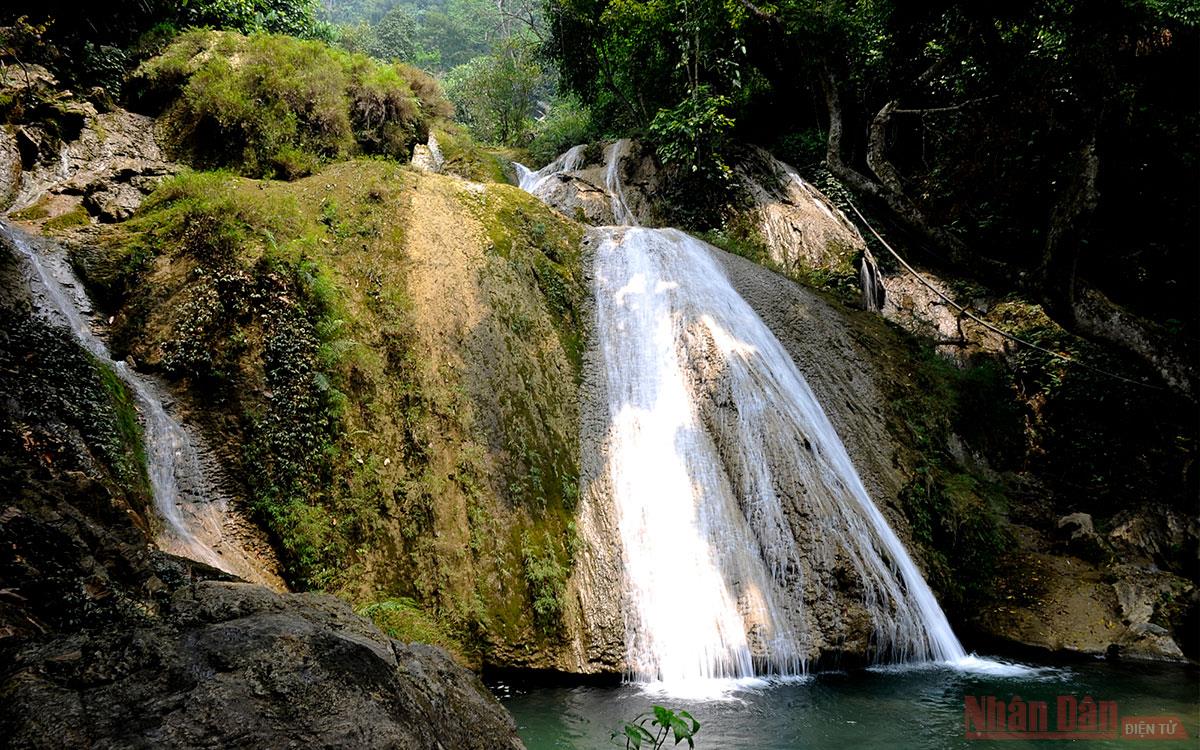 Visitors have the chance to enjoy a special tingling massage when small fish gather together and eagerly nibble at their feet.

Dai Yem (Brassiere) Waterfall, which is also known as Nang and Ban Vat Waterfall, is located in Muong Sang Commune, Moc Chau District, in the northern mountainous province of Son La. To enter the waterfall, you must walk through a clearing. 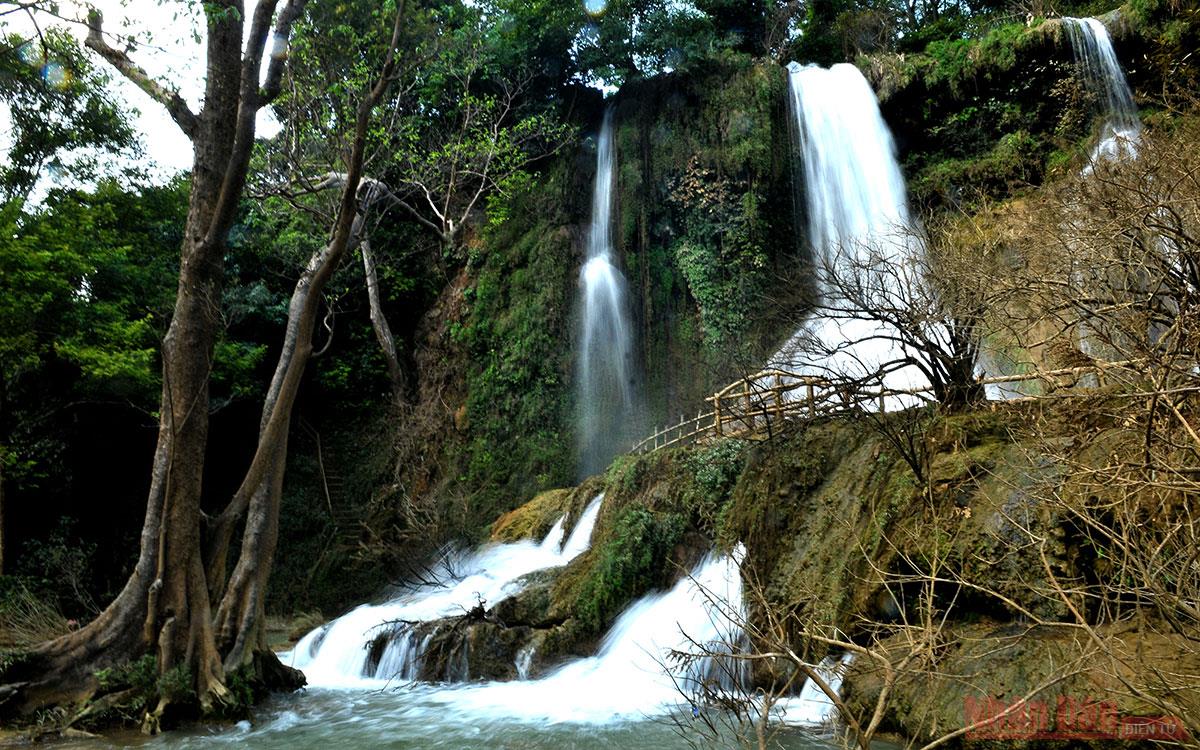 The name Dai Yem is derived from the legend of the brassiere of a girl who saved a boy from the flood. 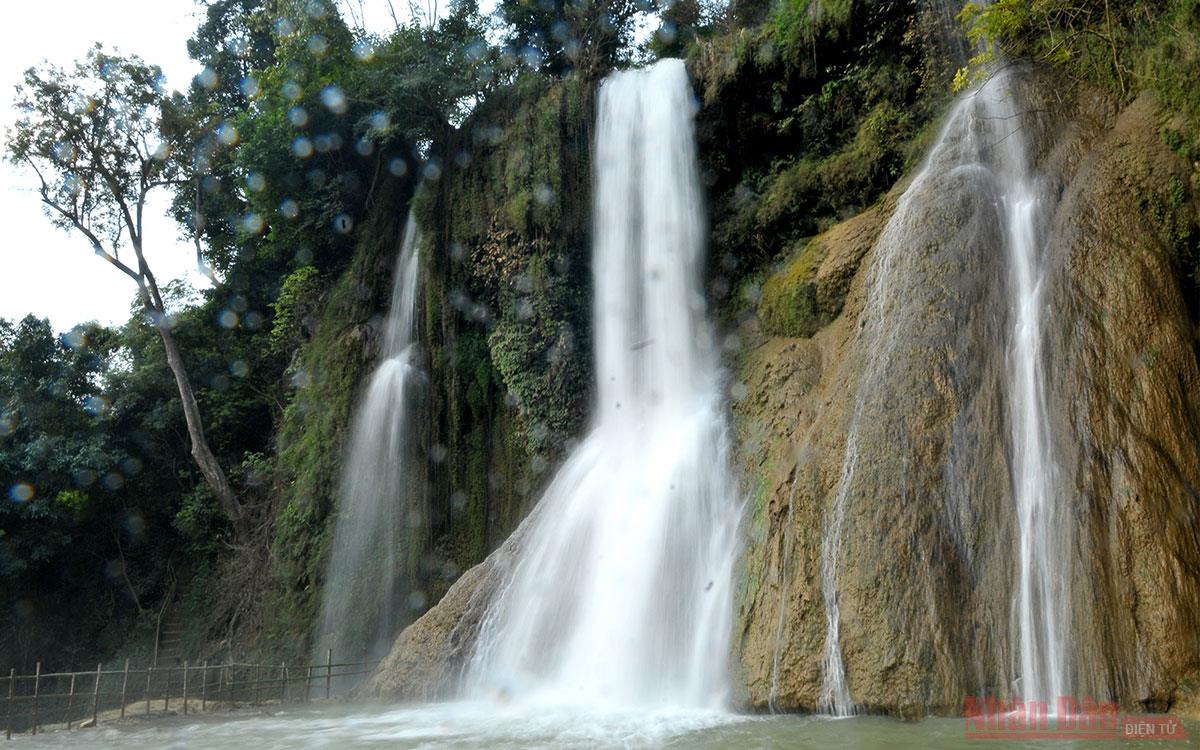 The waterfall has a height of about 100 m and was divided into two branches, including one side with nine layers and another with five layers.

Khe Kem Waterfall is considered a gift that nature has bestowed to Pu Mat National Park in Luc Da Commune, Con Cuong District, in the central province of Nghe An. 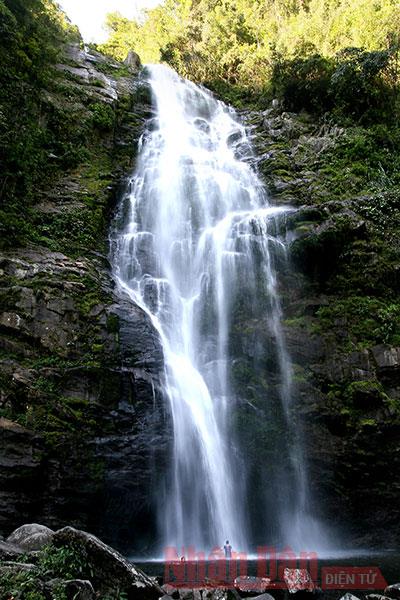 Falling from a height of 500 metres, the waterfall is separated into three layers. 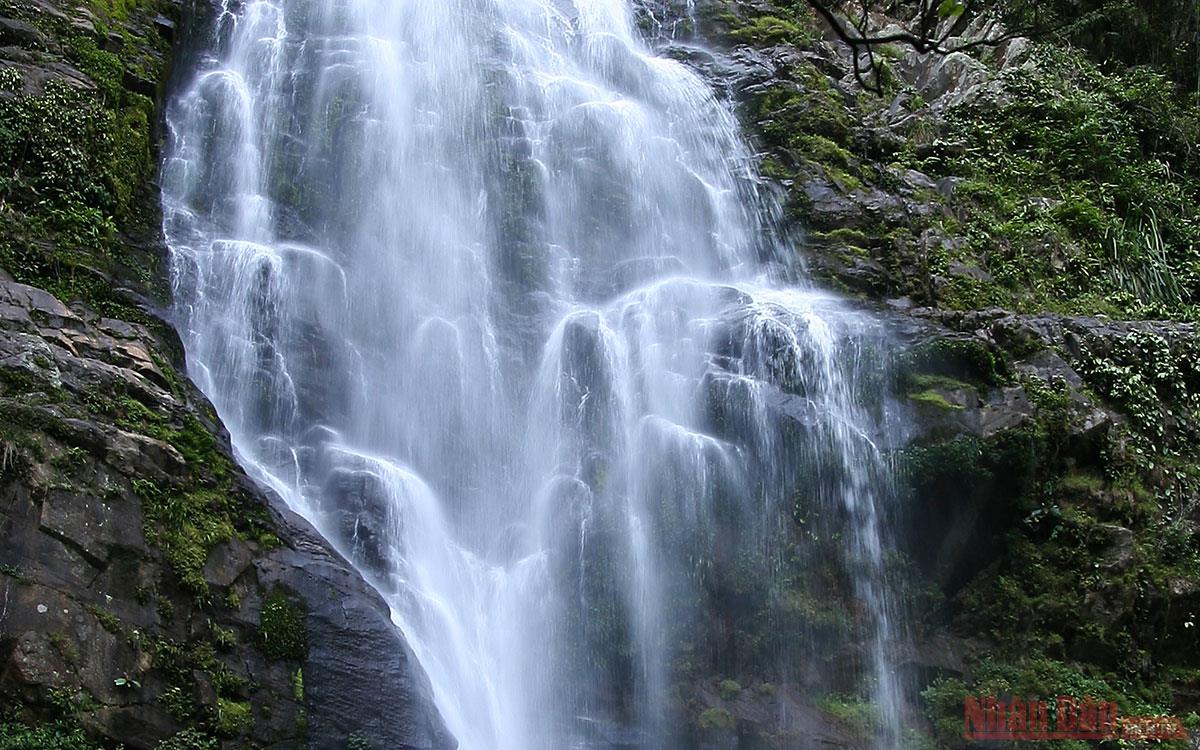 Looking from the foot of the waterfall, visitors can feel the stream flowing endlessly with white foam. Above and on both sides of the waterfall is covered in vegetation with hundreds of flowers blooming all year round. 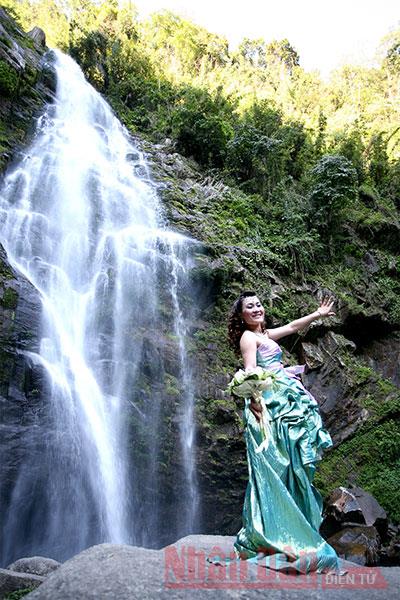 At the foot of the waterfall, flat stones have become stone tables for visitors to take a short break.

Located in Gia Nghia City, Dak Nong Province, Lieng Nung Waterfall, formed by the flow of Dak Nia Stream which runs through N’Jrieng Village, shows the wild beauty of the mountains and forests.