The first ever festival highlighting the cultures of ethnic people in the northwestern mountainous province of Lai Chau in the capital city has attracted attention of Hanoians.

Themed ‘The bright colours of Lai Chau’, the event is held at the Hoan Kiem lake pedestrian area in downtown Hanoi from December 18-20. 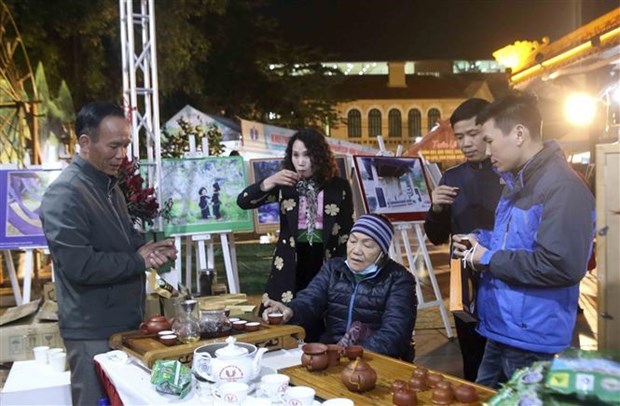 Participants were treated to a host of activities, including an art programme engaging more than 100 performers, 78 of them artists of six ethnic groups in the province.

A seminar on Lai Chau – Hanoi tourism connectivity, a street carnival, a trade fair, and several cultural immersion activities were also held within the framework of the festival.

The fair featured more than 20 stalls displaying Lai Chau’s specialties and goods from the local One Commune One Product (OCOP) programme.

While enjoying a series of local folk games and culinary delights, visitors to the event could also watch traditional musical performances and the making of handicrafts like brocades of Lu ethnic people and the Tinh musical instrument of the Thai ethnic people.

Endowed with temperate climate all year round and rich soils, Lai Chau has favourable conditions to develop agro-forestry production.

It is home to 20 ethnic groups, hence a rich and diverse cultural identity.

Despite the hardship of living in the remote reaches of Lai Chau province in Vietnam’s northwestern mountains, teachers always attempt to create a family-like atmosphere for students so they can be fully focused on their studies.

icon
Beach tours to be top choice for Tet
icon0