Over the past two months, a wide variety of tourism stimulation activities have been launched by many localities to rejuvenate the country’s tourism industry following the heavy impact of the COVID-19 pandemic.

Over the past two months, a wide variety of tourism stimulation activities have been launched by many localities to rejuvenate the country’s tourism industry following the heavy impact of the COVID-19 pandemic. 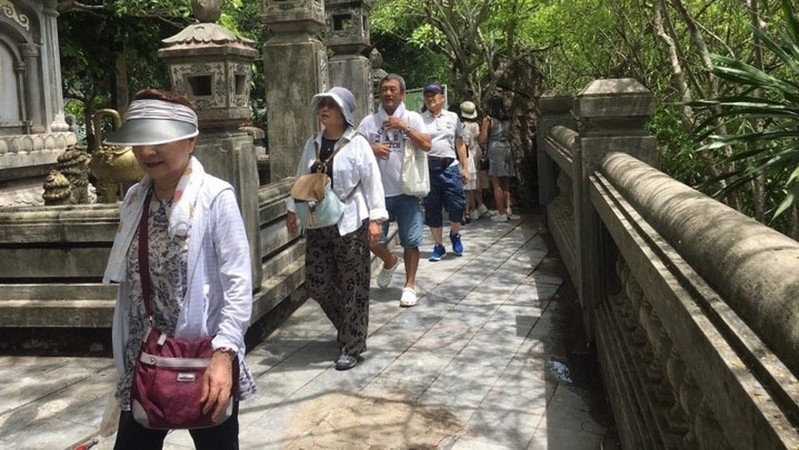 During these last days of 2020, several destinations have decided to extend and maintain their stimulus packages for domestic tourism until 2021.

To achieve the goal of welcoming 10 million domestic tourists in 2021, Quang Ninh province has just decided to extend its tourism stimulus package (worth VND500 billion) until the end of 2021. Specifically, the province will continue to offer 50% discounts on entrance tickets to tourist sites on Ha Long Bay as well as at other destinations such as Quang Ninh Museum and the Yen Tu landscape.

Visitors who travel to or from Quang Ninh via Van Don International Airport will receive high-quality bus tickets from the airport to Ha Long City, Uong Bi City and vice versa. Also with the desire to soon restore the activities of tourism sector in the new situation, Da Nang City has just issued a plan to waive all entrance fees at Ngu Hanh Son relic site and museums in the locality in 2021.

Previously, the Ho Chi Minh City Department of Tourism and the Tourism Association announced a tourism stimulation programme until the end of 2020, with the response of nearly 100 travel and transportation businesses, tourist accommodation businesses, food and drink establishments and tourist attractions. It attracted a large number of domestic tourists.

Quang Ninh provincial Department of Tourism, in collaboration with Tourism Associations in the province and several other localities in the northern, central and southern regions, and travel businesses, established the northeastern autumn tourism stimulation alliance. It consists of 36 participatory units, including four providing tourism services and implementing the East and Northwest Inter-Travel Promotion Campaign until March 2021.

Over nearly two months, Quang Ninh has enhanced tourism stimulation through the organisation of 64 cultural events in the localities. Sapa town’s tourism (in Lao Cai province) has resumed with a second tourism stimulation programme entitled “I love Sapa” , featuring a series of vibrant activities and attractive promotions until the end of 2020.

According to the Vietnam National Administration of Tourism(VNAT), thanks to the domestic tourism stimulation alliances of the localities, the number of domestic tourists has increased significantly since November 2020.

Ho Chi Minh City's tourism stimulation programme focused on on-site tourism products with reasonable prices, incentives, and many attractive services. As many as 30 hotels at three or five star level have seen discounts of 20-30%; meanwhile, several others have offered discounts of up to 60% or provided more services such as free airport shuttle and laundry.

Director of Ho Chi Minh City Department of Tourism Nguyen Thi Anh Hoa said that with 200 new products, this stimulation programme is expected to be an effective solution in developing a COVID-19 response scenario. The City aims to attract around 15 million domestic tourists by the end of this year and earn around VND80 trillion from tourism. Around 60% of travel businesses in the City have resumed their operation following suspension due to the epidemic.

Many enterprises have offered options for safe and special destinations as well as developing specialised product lines for different customers. During the last two months, tourism enterprises in Quang Ninh launched new products for the winter, meeting visitor demand.

Tourists have been interested in the torus around the northeast and northwest and community-based services such as learning more about the life of ethnic minority people (such as Dao, Tay and Pa Then) or taking a boat along the Nho Que river in Ha Giang or conquering Ta Xua peak in Son La province.

The VNAT also noted that the second stimulation programme with its new products and attractive promotional packages is the basis for a gradual recovery and positive results during the third quarter of this year. Nhan Dan

Sustainable regional linkages between HCM City and five other regions are expected to play a vital role in the recovery of the tourism industry, which has been seriously affected by the COVID-19 pandemic.

To develop tourism quickly and in a sustainable manner, Vietnam has defined island and sea tourism as a breakthrough measure in the development of the marine economy.