An American-Israeli woman arrested at a Moscow airport with nine and a half grams of marijuana has found herself at the center of a diplomatic standoff between Israel, Russia, and the United States. 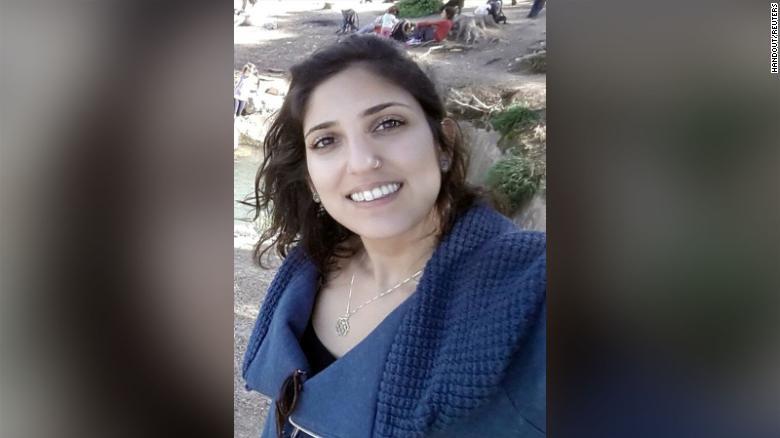 Israeli officials have pleaded for the release of Naama Issachar, but the 26-year-old, who was stopped in April while transiting through Moscow on her way from India to Israel, was sentenced to seven and a half years in prison on drug smuggling charges.

"The punishment being demanded by the Russian prosecutor is disproportionate and does not fit the nature of the offense being attributed to Issachar," Prime Minister Benjamin Netanyahu's spokesman said in a statement on Friday, shortly after Issachar was sentenced.

Netanyahu said he brought up Issachar's detention in his meeting with Russian President Vladimir Putin in Sochi last month, adding that he "deeply appreciates President Putin's willingness to devote time to the issue and hopes that effort will bear fruit.

Issachar appears to be trapped in the middle of a diplomatic dispute over which she has no control, as Russia tries to secure the release of Aleksey Burkov, an IT specialist wanted in the United States on charges of hacking and credit card fraud.

Burkov was arrested at Israel's Ben Gurion airport in December 2015 as he was leaving the country. He has been in prison since then while his extradition request has worked its way through the country's courts.

Burkov's extradition to the US was officially approved by Israel's Supreme Court in August. Burkov's family has suggested a prisoner swap between Burkov and Issachar, according to Russia's state-run RT television channel.

Appearing to confirm the interest in a prisoner swap, Netanyahu said: "Judicial authorities in Israel have made it unequivocally clear that there is no possibility of preventing the extradition of Burkov following the Supreme Court ruling that he is subject to extradition."

Netanyahu has prided himself on his close relations with the Russian and American leaders, but rarely -- if ever -- has found himself in such a bind. Trapped between the two countries in an international legal matter, Netanyahu has little room to maneuver: the Americans have an arrest warrant out for a Russian citizen, while the Russians stand accused of holding an American-Israeli citizen as a form of collateral. To appease one important ally is to anger the other.

Russia filed its own extradition request following that by the United States, Justice Minister Amir Ohana told Israel's Channel 13 News on Saturday night. Ohana characterized the Russian request as "pretty poor in relation to the evidence upon which the request was made," adding that there is no court approval to extradite Burkov to Russia. A spokesperson at the Russian embassy in Tel Aviv, in response to questions from CNN, confirmed an extradition request had been filed in April 2017, adding that Burkov was suspected of fraud offences in Russia, but had not been charged.

"I will make a decision in the coming days," Ohana said about the American extradition request. Ohana could decide to hold Burkov in Israel as the country's leaders try to secure the release of Issachar.

Begging for Issachar's release, her mother Yaffa wrote an open letter in Hebrew and Russian to Putin published in Israel's Yedioth Ahronoth newspaper. "Mr. Putin, Naama cannot be a bargaining chip for a person who may or may not have committed security offenses. That is not a fair trade. I am sure you wouldn't want history to judge you as the leader who stood behind the showcase trial."

In an interview with Israel's Channel 12 News from Moscow, Yaffa Issachar said the conditions of her daughter's imprisonment have worsened. "She doesn't have normal conditions that other prisoners have. She's not receiving letters. She won't last much longer."

Issachar's father Netanel turned his attention to Netanyahu, asking the 69-year-old Israeli leader to do everything in his power to secure Naama's release. "I turn to you as to one father to another and as the Prime Minister. I am certain that you're doing everything to release her. Please I ask you, put pressure. Thank you very much," Netanal Issachar said in a Facebook video.

Kremlin spokesman Dmitry Peskov declined to comment on the possibility of a prisoner swap. "I will leave this without comment, this relates to the content of bilateral contacts, which we do not publish unlike other countries," Peskov told reporters on a press call.

"We know that Mr. Netanyahu's request was sent, once it arrives via diplomatic channels, it will be reported and considered by the President of Russia," Peskov added.

Russia is accused of having used prisoners in the past as form of political leverage, including in some high-profile cases.

Paul Whelan, a citizen of the United States, United Kingdom, Ireland, and Canada, has been in prison in Moscow since December, charged with espionage. His family rejects the accusation, saying Whelan was only in the country on vacation. Whelan's arrest came just 15 days after the United States arrested Maria Butina, a Russian national who pleaded guilty to a charge of conspiracy to act as a foreign agent. The proximity of the arrests led analysts to believe Whelan was being held as leverage to secure Butina's release.

The Kremlin made Butina's release a priority, even launching a #freemariabutina hashtag while accusing the US of subjecting her to a "medieval inquisition" in detention. the same time, Washington made Whelan a priority, with former US Ambassador to Russia Jon Huntsman visiting him in prison. CNN