The British Council in Vietnam has awarded the British Council IELTS Prize for 2018/2019 to three outstanding IELTS students, valued at $7,755, $6,465 and $5,170 for first, second and third prizes, respectively.

Since being launched in 2011, The British Council IELTS Prize has supported more than 270 students in East Asia in pursuing their dreams of studying abroad.

This year, the British Council interviewed over a hundred exceptional individuals who excelled in their IELTS test and showed admirable aspirations in their plan to contribute to society, both locally and abroad.

While it was a tough decision for the judges, the winners demonstrated an outstanding level of academic commitment and excellent communication skills.

There were 33 prize winners across the region, with the three winners in Vietnam being Nguyen Duc Thinh, Vo Tan Thuan, and Truong Minh Hang. These individuals will become British Council IELTS Ambassadors.

“Through the British Council IELTS Prize, we are pleased to subsidize high-caliber individuals who demonstrate the potential to contribute to society after their studies.”

“The IELTS Prize has truly put me one step closer to achieving my dream of studying abroad,” said Nguyen Duc Thinh, the First Prize winner. “Over the past five years, studying abroad has always been the number one priority for me, since I have always wanted to learn new things in a foreign country.”

“In addition, as a content creator on YouTube, I really want to study abroad to explore the world and learn more new things as a way to inspire my fans, who are mostly young people. The prize is going to be of great help to me financially during my first year of study, so I can focus more on studying and preparing for upcoming years.”

“To me, IELTS is not merely some test to assess proficiency in English. It has helped me so much in improving my knowledge about the world, since upon preparing the test I have done a multitude of writing and reading tests on countless different topics such as society, nature, and economics. I believe this will give me an advantage when I study in Canada.”

Truong Minh Hang, the Third Prize winner, also spoke of her excitement. “The IELTS Prize is something everyone who dreams of studying abroad should pursue,” she said.

“The eligibility requirements are minimal compared to other programs, with no minimum years of work experience needed or any specific study major favored over others. So as long as you demonstrate a strong passion and a clear plan for the educational path you have chosen, everyone gets an equal chance at winning.” 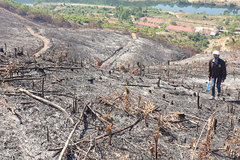 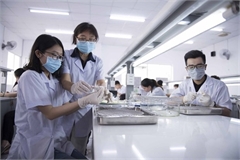 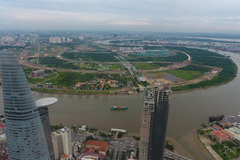 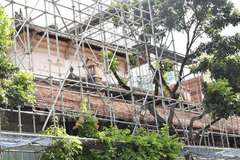 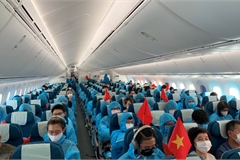