The National Institute of Hygiene and Epidemiology in Hanoi has found Whitmore bacteria in soil in the family whose children died of the bacteria.

Soil and water had been taken in the family’s premises in Do Luong village in Bac Son Commune in Soc Son District.

One of soil samples had the presence of the bacteria, announced the institute.

Accordingly, the institute proposed to monitor the local disease control system to increase supervision to early detect additional Whitmore cases as well as its complications.

The bacteria causing melioidosis are found in contaminated water and soil. It is spread to humans especially those with scratches through direct contact with the contaminated source. SGGP

Two young brothers in Hanoi die due to Whitmore’s disease

The ninth global symposium on Whitmore disease opened in Hanoi on October 16, attracting over 100 scientists from 26 countries. 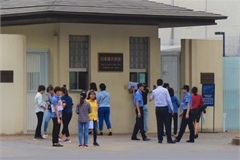