The health sector’s concern for many years is to basically solve the overcrowding of medical examination and treatment at some central-level hospitals by 2020.

The 6th Conference of the 12th Party Central Committee issued Resolution No. 20-NQ/TW, dated 25 July 2017 on strengthening the protection, care and promotion of people’s health in the new situation. The resolution emphasizes to improve the quality of medical examination and treatment, basically overcome the overload at hospitals in Vietnam.

The latest survey at hospitals across the country shows that compared to the time before the implementation of the program to reduce overload at Vietnamese hospitals (2013), 5,078 clinical and paraclinical departments have been renovated and upgraded.

To fulfil the goal of having commune-level health stations in all areas with difficult socio-economic conditions by 2020, the Vietnam Government has instructed the Ministry of Health to coordinate with others ministries, branches and localities to increasing investment in grassroots health, particularly focusing on building, renovating commune-level health stations and equipping these stations with new medical equipment.

The implementation of regulations on social obligations of health workers will contribute significantly in reducing overload of medical examination and treatment at hospitals. For the medical stations that don’t have doctors, doctors will be sent there to work in shifts of 2-3 days per week. These health stations will be also allocated with intermediate-level physicians, nurses and pharmacists. This is considered solutions for improving capacity of grassroots health care stations.

In addition to developing the network of satellite hospitals, the Government has directed the Ministry of Health to coordinate with the Ministry of Finance and the Vietnam Social Insurance to compile and issue circulars on the price of medical services in order to ensure the right to medical examination and treatment for people.

In 2018, the Government spent about VND31,140 billion and about VND32,300 billion in 2019 to help the poor and social policy beneficiaries to buy health insurance, contributing to the result of 89.6% of the population covered by health insurance by August 2019.

The benefits of patients with health insurance have been improved significantly because they do not have to pay for or buy some drugs and supplies that previously they had to purchase themselves or had to pay partly.

In addition, as of 2018, the whole country had about 240 health facilities that could cover its own spendings and 1,250 others could cover part of their spendings. Local authorities also reduced its spending sourced from the state budget for paying salary for health workers. Incomplete statistics of 55 provinces and cities show that in 2018, the state budget allocated for hospitals decreased by VND8,947 billion compared to 2015, contributing to the implementation of the policy of gradually reducing state budget to hospitals while gradually increasing state support for people to buy health insurance. 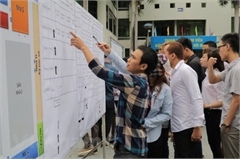