Since its entry to UNESCO in 1976, Vietnam has worked closely with UNESCO and its members to promote peace, development, solidarity and cooperation between nations and protect cultural values.

UNESCO is one of the principal organizations of the UN. Its ultimate goal is to achieve international peace and prosperity through international cooperation in education, science, and culture. UNESCO, through its cooperation activities, has promoted a culture of compassion, reason, and respect for diversity. 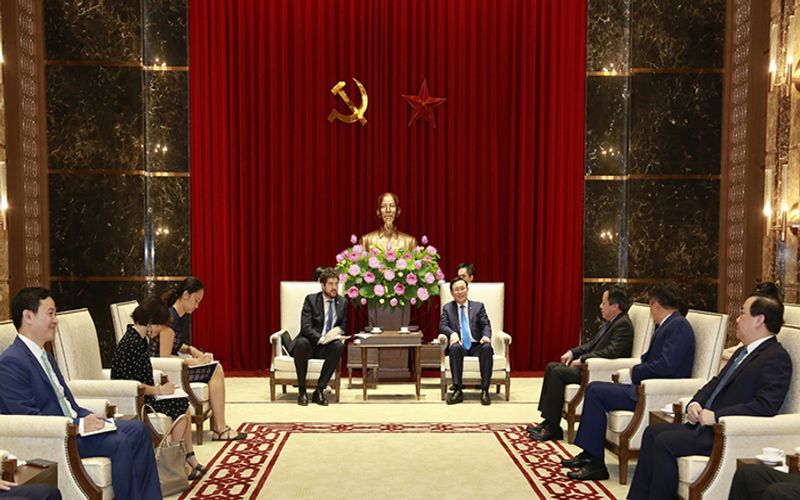 Vietnam, a responsible member of UNESCO

Over the past 44 years, Vietnam has proven to be a responsible member of UNESCO and promoted its image as a dynamic and culture-embraced country.

"In 1976, Vietnam was a different country - a country was newly unified but very much battered by decades of war. Despite its success on the battlefield, during the struggle for independence and freedom, the real victory for Vietnam was the victory of culture and peace and in that Vietnam itself represents the UNESCO values of solidarity, of tolerance, of inclusion, and of harmony", added Croft.

The UNESCO representative pointed out that in the context of the 4th Industrial Revolution, countries like Vietnam need to preserve their heritages and promote modern culture at the same time.

Digital technology is creating challenges and opportunities for UNESCO that requires the organization and its members to change their strategy. Vietnam is included in UNESCO’s cooperation strategy in the 2020-2021 period.

UNESCO is working to make Hanoi a creative 21st century city with a vision that reflects Vietnam’s aspiration to become a dynamic and creative country.

As ASEAN Chair for 2020, Vietnam has authored several initiatives and cooperation programs that contribute to UNESCO’s activities. ASEAN has organized seminars on sustainable tourism development, human resource development for the 4th Industrial Revolution, and inter-parliamentary cooperation for the sustainable development of ASEAN.

Vietnam has also coordinated ASEAN member countries in implementing the UNESCO agenda with all these activities demonstrating close cooperation between Vietnam and UNESCO and ASEAN and UNESCO.

The Ministry of Culture, Sports and Tourism has decided to add 23 cultural icons to the list of national intangible cultural heritages.