Vietnam recorded nine new community infections of COVID-19 over the past 12 hours as of 6am on January 29, according the National Steering Committee for COVID-19 Prevention and Control.

Among those, there is one living in Hanoi’s Hai Ba Trung district. The patient had been in close contact with a security worker at the Van Don International Airport, who tested positive on January 27.

Patient 1,561 from Hai Phong and Patient 1,565 from Bac Ninh both live in Hai Duong and are connected to the virus hotspot in Chi Linh city, Hai Duong province.

Patients 1,573 and 1,574 are from Quang Ninh had also been in close contact with the airport guard.

All the new cases are currently being treated and health officials are continuing to track and trace anyone who may have come into contact with the new patients.

After almost two months without any locally transmitted cases, a new surge of positive patients emerged in northern Vietnam on January 28.

Chi Linh city, home to more than 200,000 people, has been locked down and flights in and out of Van Don Airport were suspended.

Report from the Treatment Sub-committee under the National Steering Committee showed that 1,430 COVID-19 patients have been recovered while 35, mostly elderly with serious underlying health conditions, succumbed to the disease.

Among those still under treatment, 14 have tested negative for SARS-CoV-2 once, ten twice and 10 other thrice.

To date, Vietnam has reported 1,651 infections, including 786 locally-transmitted cases.

There are 21,354 people who had close contact with confirmed cases or came from pandemic-hit areas under quarantine at present, including 134 in hospitals, 20,014 in other quarantine facilities, and 1,197 at home.

PM Nguyen Xuan Phuc has ordered all people in Hai Duong and Quang Ninh not to travel to other localities, to contain the spread of the coronavirus following the confirmation of over 80 community transmitted cases of COVID-19 in the two provinces. 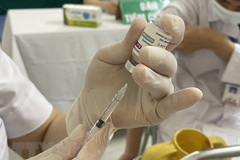 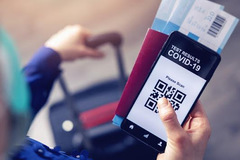