A total of VND26 trillion ($1.13 billion) has been used for HCM City’s anti-flooding projects in the 2016-2020 period, according to the municipal Department of Construction.

Of the sum, VND7 trillion (USD304.34 million) is from the state budget, while the remainder is from other sources. 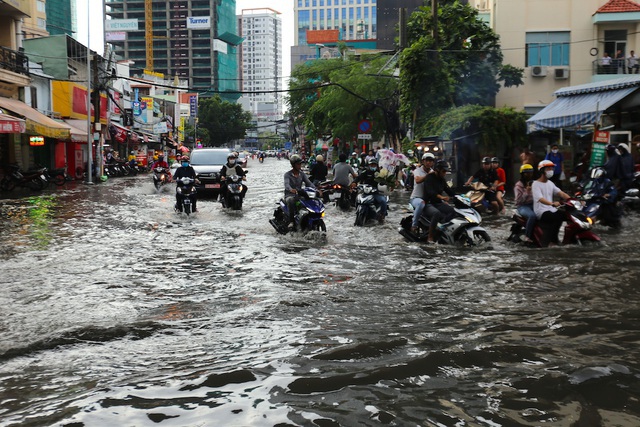 The department reported that in the first nine months of this year, despite having fewer rainy days, the city’s total average rainfall was 33% higher than the same period of last year. Up to 35 streets were flooded, up 18 on-year.

During the January-September phase, HCM City witnessed only four days of severe inundation by flood tides, down four days against the same period of last year.

The Department of Construction has prioritised repairing and dredging drainage systems in areas which are usually flooded.

Earlier, municipal Department of Construction Deputy Director Huynh Thanh Khiet said that HCM City will vow to deal with the inundation in city centre areas in 2021.

Many key works in HCM City, including a VND10 trillion (USD434.78 million) anti-flooding project, are expected to be finished this year. The project with roughly 79% of the total work completed is aimed to control flooding for around 6.5 million people who live near Saigon River and some of the city inner districts. Dtinews

HCM City to charge fee for sewerage to reduce flooding

HCM City Department of Construction has proposed to collect fees on discharged water in an effort to deal with the severe flooding problem in the area.