US woman donates plasma for Covid-19 treatment in Vietnam

An American woman has decided to donate blood plasma to treat Covid-19 patients in Vietnam after she was saved from the disease in HCM City. 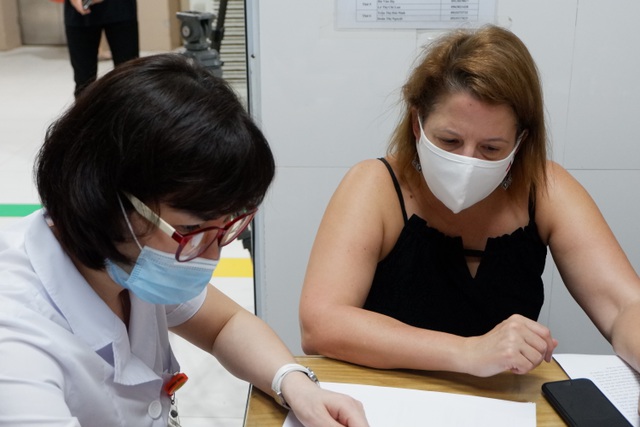 Kelly Michelle Koch registers to donate plasma at the National Hospital for Tropical Diseases in Hanoi on August 12.

Kelly Michelle Koch has been living in Vietnam for seven years. She is now living in Binh Thanh District in Ho Chi Minh City where she works for a non-governmental organisation. The 50-year-old woman was infected with coronavirus after returning from a business trip to Europe on March 16, becoming the 83rd Covid-19 patient in Vietnam. She recovered quickly after being treated at the Cu Chi Field Hospital for Covid-19 patients.

Arriving at the Hanoi-based National Hospital for Tropical Diseases early on Wednesday morning, Kelly said that she just heard about the hospital's calling for plasma donation from recovered Covid-19 patients so she flew to Hanoi on Tuesday evening.

Speaking with Dantri/DTiNews while waiting for the blood testing at the hospital, Kelly said that she hoped that she would have the opportunity to help people, and say thanks for everything that the Vietnamese government had done for her.

"I was very thankful for the quarantine and then later they (doctors) took very good care of me," she said. "But I was very fortunate I was not ill, I just had very minor symptoms. Now I see that many people have a very difficult situation and If I could help, I'm really happy to." 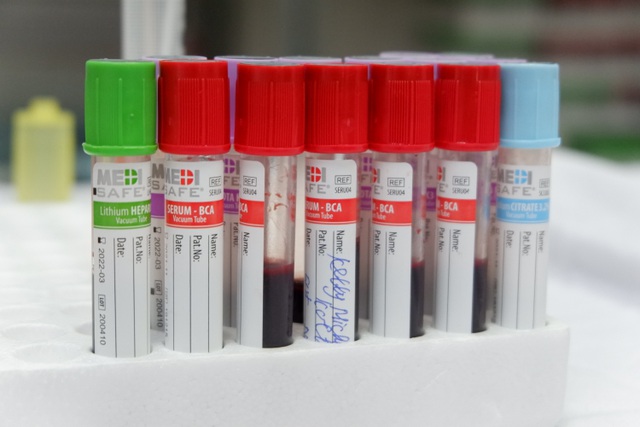 Doctor Vu Thi Thu Huong from the hospital said that a week after the call for plasma donations from recovered Covid-19 patients for treatment of the virus, they have received registration from 17 donors and two of them have completed screening and got their plasma taken. Dtinews

Vietnam has completely halted the use of Hydroxychloroquine, the controversial antimalaria drug touted by US President Donald Trump, in its treatment of COVID-19 patients and instead opted for plasma from recovered cases.