British police on March 16 charged another man as part of their investigation into the deaths of 39 Vietnamese people found dead inside a refrigeration trailer in Essex, northeast of London, last October.

Valentin Calota, 37, will appear at Basildon Magistrates’ Court near London on March 16 charged with facilitating illegal immigration between May 2018 and October 2019.

Prosecutors allege that 23-year-old Eamonn Harrison drove the container to the port of Zeebrugge in Belgium, where it was put on a ferry to England and picked up at the other end by Maurice Robinson who also is from Northern Ireland and has been charged with manslaughter.

On November 25, 2019, Robinson pleaded guilty to assisting unlawful immigration and acquiring criminal property. However, he did not enter a plea to 41 other charges, including 39 counts of manslaughter.

Meanwhile, Harrison’s lawyers have argued that the UK should not be able to seek his extradition from Ireland because the alleged offenses took place in Belgium.

On February 11, British police revealed provisional autopsy results showing the 39 victims died of hypoxia (oxygen deprivation) and hyperthermia (overheating) in an enclosed space. The police are pushing ahead with investigation and identification of suspects.

Apart from the above-said suspects, Gheorghe Nica of Basildon in eastern England was detained at Germany’s Frankfurt airport on January 29. At a trial in Chelmsford, the UK, on February 1, the 43-year-old was charged with 39 counts of manslaughter and one count of conspiracy to assist unlawful immigration.

Another man, who is 22, was arrested in Northern Ireland on February 2 on suspicion of manslaughter and facilitating unlawful immigration. He remains in police custody in southeast England but has not been charged or named yet./.VNA 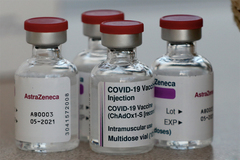