Police in HCM City have arrested two Pakistani men for being accused of robbing a local shop last month.

According to the initial information, at around 11:30 am on November 16, the two men identified as Zahid Abbas Ali, 37, and Ibrahim Ali, 49, came into a household goods shop owned by Vo Minh Nam in Binh Chanh District. 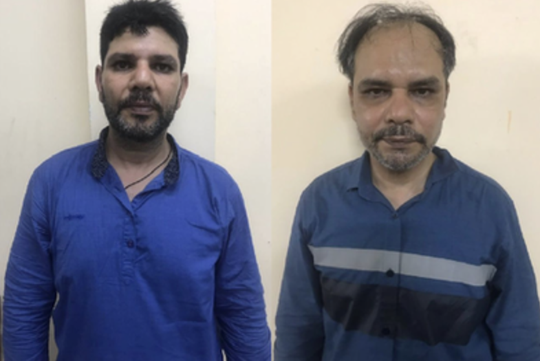 The two Pakistani men have been detained by the HCM City police for being accused of robbing a local shop.

They said they wanted to buy a gas stove and asked for the price. Due to the language barrier, Nam took a bundle of cash to show them some specific bills for them to understand about the product price.

Suddenly, one of the two snatched the money from Nam and both ran into their car to flee.

The shop owner quickly chased after the car, managing to cling to one of the rear-view mirrors; but the two did not stop the vehicle. Shortly later, Nam fell onto the ground after the mirror had come off. He was then helped to some local residents to be taken to a nearby police station.

Following the inspection, local police found the two suspects at a house on Tran Hung Dao Street in District 1.

The two Pakistani men admitted what they had done at the shop. Zahid robbed the cash while Ibrahim drove the car. They already shared the money to spend and used part of this for their relatives. Hanoimoi/Dtinews

Two former police officers have been prosecuted and temporarily arrested for their alleged involvement in a staged abduction and robbery case worth VND35 billion that took place on the HCMC-Long Thanh-Dau Giay Expressway two months ago.