The Ministry of Transport has sought the Government’s approval to seek investors for the HCM City-Moc Bai Expressway.

The ministry has submitted a pre-feasibility study, but HCM City will be responsible for identifying investors.

The expressway will be 53.5km long and link Ring Road No 3 in the city’s Hoc Mon District with the Moc Bai international border gate in the southern province of Tay Ninh.

To cost nearly VND10.7 trillion (US$461.6 million) and built under public-private partnership and build-operate-transfer models, it will be divided into two phases.

Construction is slated for completion in 2025.

It will have at least four lanes, and more in some places, but will be expanded to six or eight lanes by 2045.

National Highway No 22 is currently the only road connecting the city with the border gate, and it has a capacity of only 36,000 vehicles per day.

A study in 2017 found 39,700 vehicles travelled on the highway every day, leading to overloading and congestion.

The new expressway is expected to ease this congestion and also enable the socio-economic development of Tay Ninh Province. VNS 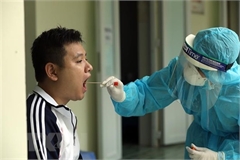