A 23-year-old man has completed a 45-day long walk across the country, raising a total of VND127 million to assist deprived children from the northern province of Lai Chau. Let’s take a closer look at his exciting journey. 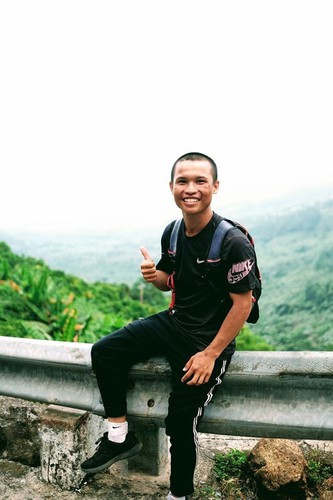 Bui Ngoc Quy, 23, from the Central Highland province of Gia Lai, began his journey by departing from Ho Chi Minh City on May 25. At first he intended to spend a total of 50 days walking to Hanoi, although he successfully completed his mission five days ahead of schedule. 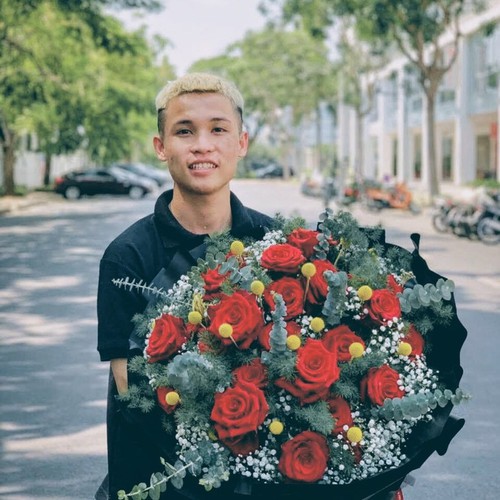 Ahead of departing on his amazing trip, Quy was working at a flower shop in District 7 in Ho Chi Minh City and earning a monthly income of VND8 million. 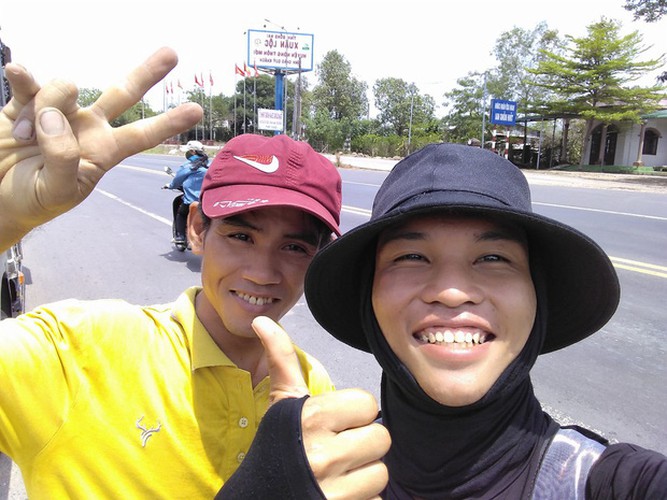 Quy (R) snaps a photo alongside a motorbike driver in Dong Nai province.

The young man had travelled the length of breadth of the country to raise funds for deprived children. Pictured is Quy in Ghenh Da Dia, also known as the Cliff of Stone Plates, in Phu Yen province. 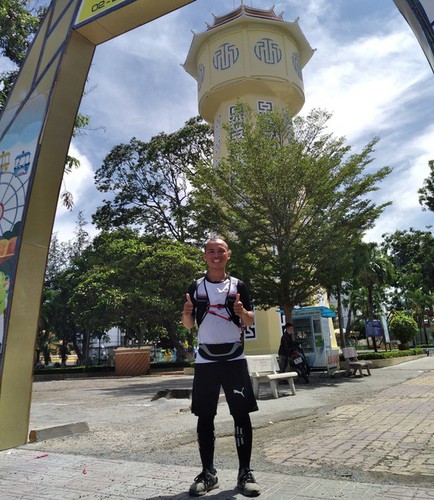 Quy pictured at Phan Thiet children’s house. Each day he started to walk at around 3am, receiving plenty of support from local people he encountered across the country. 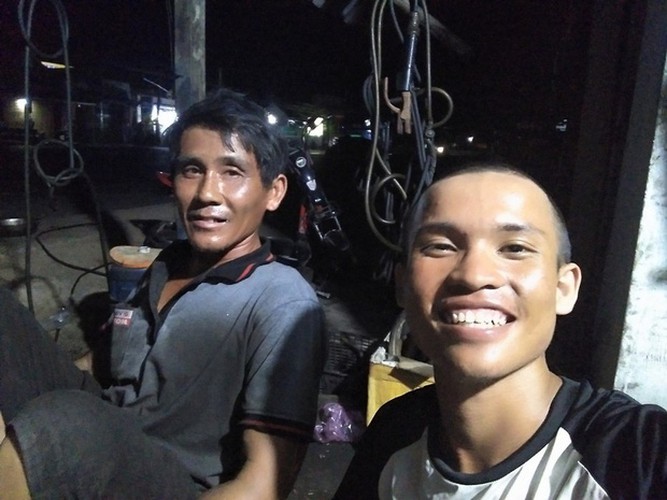 He notes that his longest day included a 80km long road that took him roughly 22 hours to complete. 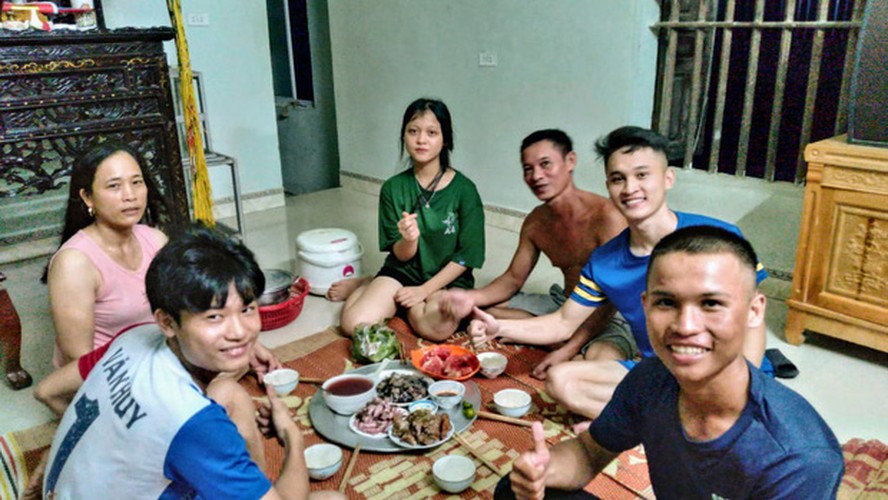 Quy enjoys having dinner alongside a family in Thanh Hoa province. 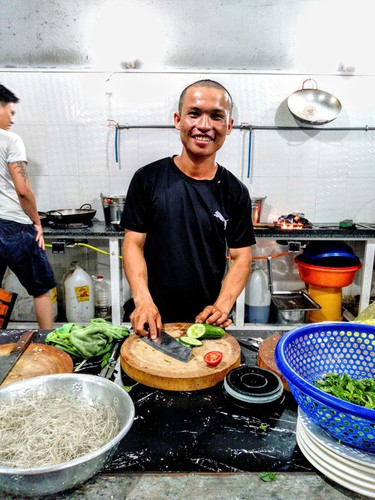 He even worked for a restaurant in Phan Rang to earn a living during his epic journey. 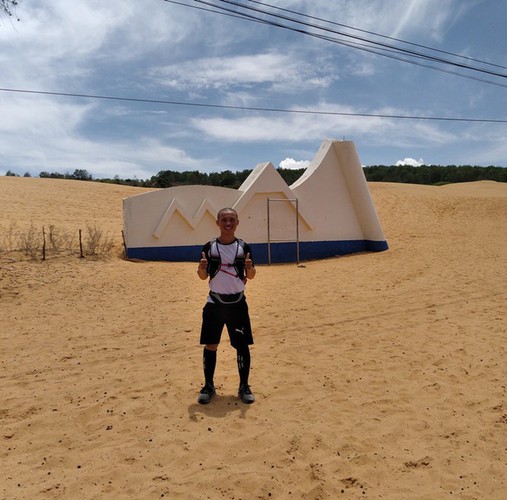 Throughout much of his adventure, the man was forced to endure harsh weather, especially a heat wave that hit the sand dunes around Phan Thiet. 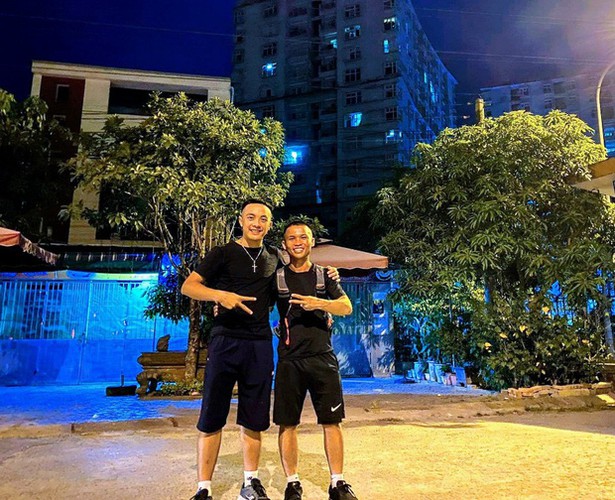 In Vinh, Nghe An province, Quy met up with Quang Anh who was walking in the opposite direction, from Hanoi to Ho Chi Minh City, for charity. 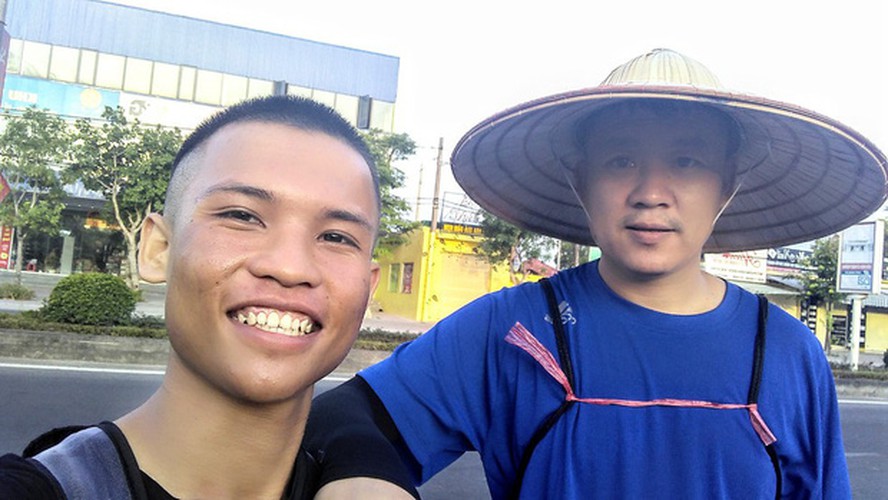 He received a lot of sympathy and support from many people he came across on his journey. Photographed is Tai, a hairdresser based in Vinh who accompanied Quy for 50km of his walk from the central city to Dien Chau district, Nghe An province. 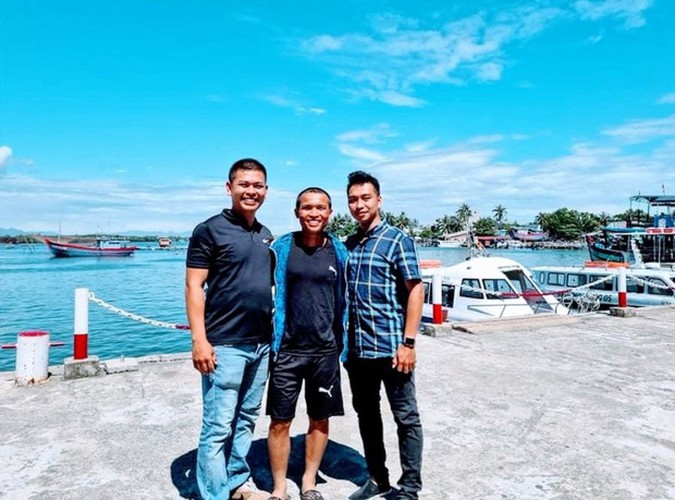 Quy (C) met an acquaintance in Hoi An city of Quang Nam province. 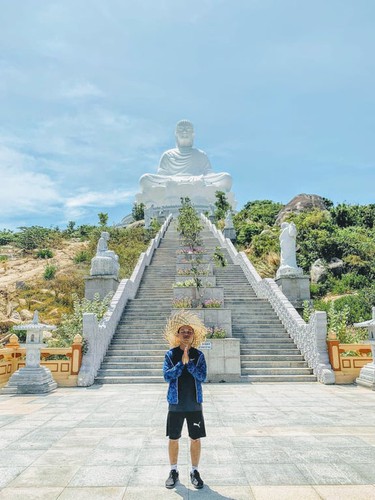 A total amount of VND127 million has been collected following his charity work, aiming to build a boarding school for minority children in Mu Ca commune of Muong Te district in Lai Chau province. 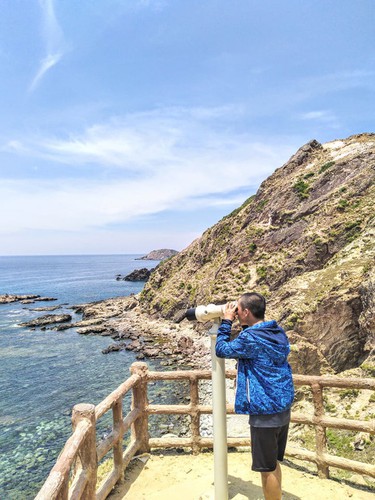 Throughout the journey, Quy has the chance to enjoy beautiful sightseeing spots across the country.