The official website of JCI, the world's leading medical quality assessment organization, shows that it has given certificates on international standards to four hospitals in Vietnam. These include Cao Thang Ophthalmology Hospital, FV Hospital, Vinmec – Central Park in HCM City and Vinmec – Times City in Hanoi. 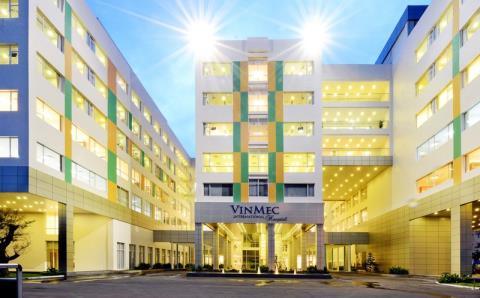 Nguyen Huy Quang, director of the Legal Department of the Ministry of Health, said this is just the matter of naming and hospitals have the right to give names to themselves.

Quang explained that ‘international’ here doesn’t mean ‘meeting international standards’. They just have to meet the requirements in facilities, medical equipment and professionalism to be eligible for operation.

Regarding JCI certificate, Quang said this is a high level of certificate. Hospitals not only have to satisfy basic requirements, but also meet the standards set by JCI to be able to get certificates from the organization. The hospitals, which want to provide medical services to foreigners, should have JCI certificates because this helps their prestige.

To be recognized by JCI, for example, hospitals have to satisfy more than 1,000 factors which measure everything in hospital, from infrastructure, management to examination methods.

Khai went on to warn that the uncontrolled naming may cause serious consequences and people, especially patients, will suffer.

He cited the death of a first grader of Gateway School as example of the possible consequences of the self-proclamation of organizations. The student died after being forgotten on a school bus on the first day to school at Gateway School, which calls itself an international school.

Khai called on to establish an independent organization that assesses the quality of hospitals in Vietnam. The ranking and naming of hospitals will be made based on the assessments.

The Hanoi Department of Education and Training has just announced a list of 11 foreign-invested schools which have been registered for operation.