Rising Lam River submerges thousands of homes in Nghe An

Thousands of houses in the northern central province of Nghe An have been flooded as the water on the Lam River rose to alarm level 2 on the evening of October 30.

By Friday afternoon, nearly 2,000 houses in seven communes of Hung Nguyen District along the Lam River had been submerged 0.5- one metre under the water. Over 800 hectares of plantations had also been deeply flooded. Landslides have been reported in some areas.

All schools in the district have been closed.

"Other people wanted to stay to look after their property," he said. "We’re closely watching the situation around the clock to ensure safety of local people as it is estimated that the water levels will continue to rise." 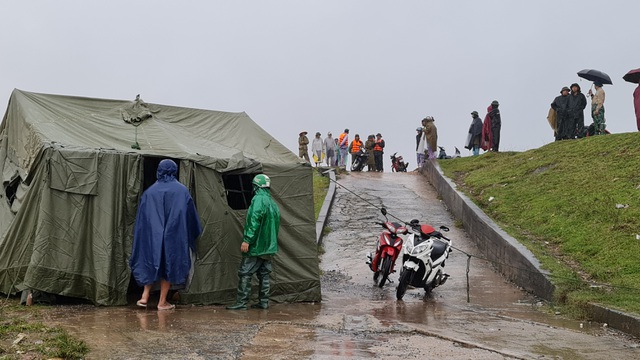 A tent set up by local authorities to monitor the flooding situation.

Some photos of the flooded areas along the Lam River in Nghe An taken on the afternoon of October 30: