Retired nurses and doctors volunteer to return to serve

Hundreds of retired doctors and nurses in Hanoi have decided to return to work amid the rising number of Covid-19 patients in the country.

During a meeting on March 18, Tran The Cuong, chairman of Bac Tu Liem District, Hanoi, said 280 retired nurses and doctors had expressed the desire to help even though they are over 70 years old and in the high-risk group.

Dr Nguyen The Trien, 70 years old, served in the army during the 1969-1974 period and continued his medical training afterwards. He is now the head of the Bac Tu Liem Private Medical Association. "I received much help and resources from the state since I joined the army until retired. In a difficult time, as a soldier, I'm ready to help," he said.

When the outbreak became more complicated, the doctor contacted the ward authorities to offer help. He also called for help from other association members who can still work.

"Do help as much as your ability allows. First thing is to protect your street and follow the guidelines and promote the advice to the neighbours and patients at my clinic," he said. "I owe a debt to the medical profession, as long as I can work, I won't refuse to help."

Nguyen Thi Huyen continued giving lecturers at Hanoi universities at over 70 years old ever since she retired. She graduated as a general practitioner in 1972 and worked at the Committee for the Protection of Mothers and Children. Her main work was teaching nursery teachers how to take care of the children and deal with sickness. 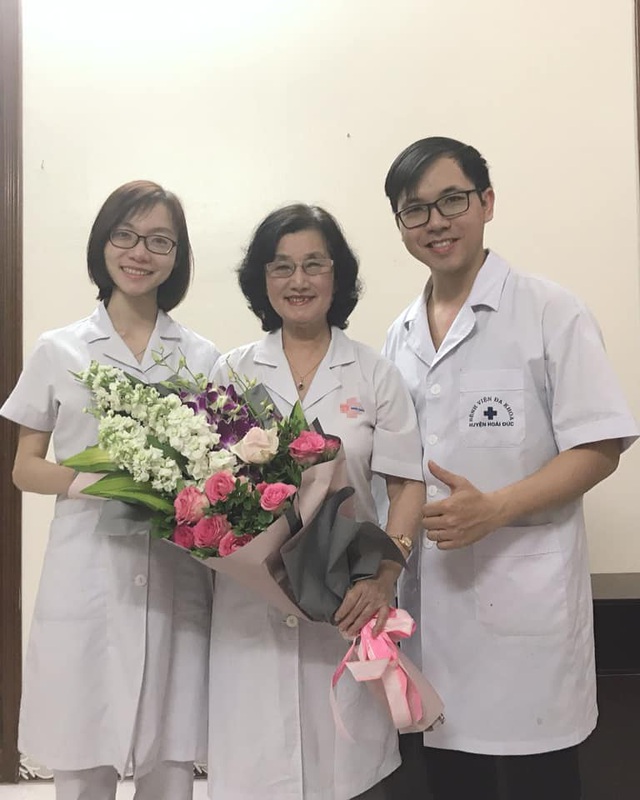 "I can't sit when the whole country is in a fight against the outbreak," she said. "When I was still a medical student, sometimes, we took five to six months break to give medicines to flooded areas. We also helped during malaria outbreaks."

Huyen's family are all in the medical profession. Her deceased husband was a lecturer at Hanoi Medical University and both her daughter and son-in-law are working at Hoai Duc General Hospital.

"Our whole family is now working against the outbreak," she said.

Bac Tu Liem District Department of Health said they would give a health check to the volunteers before accepting anyone's help in order to ensure their safety and to give them suitable work. Most of the volunteers will give and accept medical declaration and segregation. DTinews