Rescuers search for many people after landslide hits province

A number of people are believed to have been buried alive after a landslide hit in the mountainous area of Quang Tri Province last night.

Rescuers are racing against time to reach those trapped.

It’s not yet known how many people are missing. Authorities are gathering information to determine the exact number. 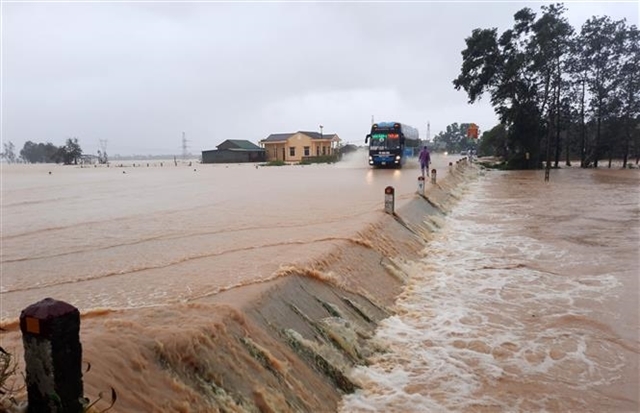 Wide scale flooding is happening all across Quảng Trị Province.

A meeting was held at 3am today to set up a steering unit at Khe Sanh Township, Huong Hoa District, according to Chairman of Quang Tri Province’s People’s Committee Vo Van Hung.

A medical team has been put in place to treat people if they can be reached.

Border stations are prepared in case any more landslides hit the area and urgent warnings have been sent to local residents about the risk of further floods.

Last night, rescue forces began the search for the missing. In huong Hoa District and Dakrong District, many roads have been blocked due to landslide.

This morning, inspection teams are travelling to the affected areas to direct rescue work.

Meanwhile, at around 6.30pm last night, a landslide happened in Huong Hoa District that buried six people from one family. Two were found but died and the other four are still missing.

Wide scale flooding is happening all across Quang Tri Province with as many as 82 out of the province’s 124 communes affected.

As of 7:30pm on October 15, the bodies of all 13 members of a rescue team buried by a landslide in central Thua Thien Hue province’s Phong Dien district had been retrieved.

icon
6,000 scientists are compiling the Encyclopedia of Vietnam
icon0