Twenty two military soldiers and officials are missing after a landslide engulfed their camp in the mountainous area of Quang Tri province early October 18.

Those missing are from Defence - Economic Division 337 under Military Region 4. 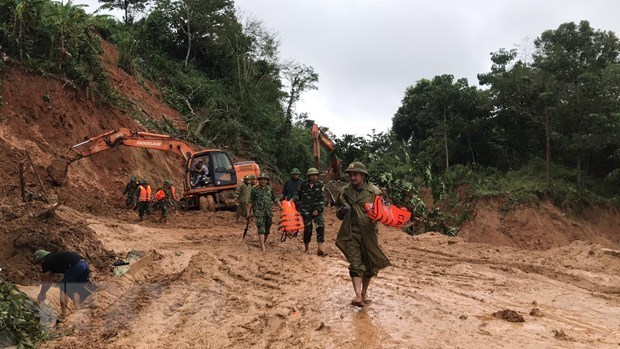 According to the provincial People’s Committee, it is difficult to reach the affected area in Huong Phung commune, Huong Hoa district, as many road sections have been blocked due to landslide. Competent forces have mobilised equipment and human resources to access the site.

Earlier, at 6:30am, a group of 20 rescuers including local police, militia, officials and residents, arrived at the site of landslide in Cop hamlet that occurred at 1am the same day, Ho Van Khun, Secretary of the Huong Phung communal Party Committee, to Vietnam News Agency correspondents via phone.

Border stations are prepared in case any more landslides hit the area and urgent warnings have been sent to local residents about the risk of further floods.

This morning, inspection teams are travelling to the affected areas to direct rescue work.

Meanwhile, at around 6.30pm on October 17, a landslide happened in Huong Hoa district that buried six people from one family. Two were found but died and the other four are still missing.

Wide scale flooding is happening all across Quang Tri province with as many as 82 out of the province’s 124 communes affected.

Rescuers search for many people after landslide hits province

A number of people are believed to have been buried alive after a landslide hit in the mountainous area of Quang Tri Province last night. 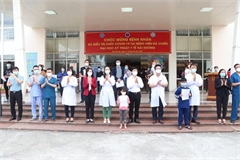