Hundreds of border guards, in addition to eight mobile teams, have been placed on duty around the clock to monitor 74 border checkpoints across major border routes in an effort to prevent future illegal border crossings.

The move is being initiated with the aim of protecting the nation’s borders and to prevent the novel coronavirus (COVID-19) epidemic from entering the region, according to Colonel Dang Toan Quan, commander of the Quang Ninh Border Guard Command.

Since February, the provincial Border Guard Command has successfully detected and handled a total of 187 cases relating to illegal border crossings.

Upon their initial detection, all of the cases were immediately sent to concentrated isolation facilities in line with regulations in an attempt to ensure COVID-19 prevention and control.

Amid the increasingly complicated situation relating to the COVID-19 epidemic in the central coastal city of Da Nang, provincial border guards have co-ordinated efforts alongside relevant forces to tighten border controls and to promptly detect and handle issues relating to illegal entry.

This comes after relevant forces successfully arrested 10 Chinese people who illegally entered the northern province Lao Cai via a waterway route from Guizhou.

The group admitted they were planning to travel from Lao Cai to Hanoi before heading to Ho Chi Minh City, with a variety of transceivers, SIM cards, and visa cards being seized by police upon their capture.

According to competent authorities, approximately 4,000 people who illegally entered the country have been arrested over the past two months, with the majority of them being Chinese nationals.

Moreover, over a two-day period on July 24 to July 25, Da Nang police detected 21 cases of illegal entry, most of them involving Chinese citizens. VOV 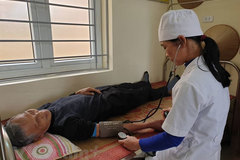 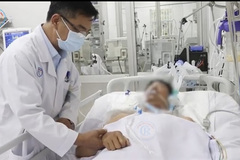 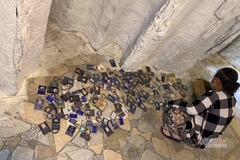