A Vietnamese man thought to be a major people trafficker has been arrested in the United Kingdom.

Officers from the National Crime Agency say the 30-year-old is alleged to have played a key role in the criminal enterprise. 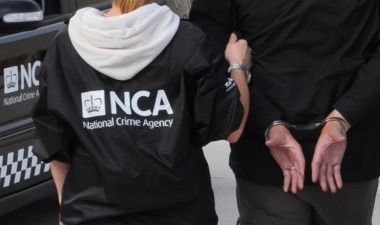 He was arrested in the Croydon area of London on Thursday along with a 50-year-old British national.

Two other Vietnamese men in the car at the time it was stopped by police have also been detained on suspicion of illegally entering the UK.

NCA investigators believe they had recently been moved into the UK by the crime group. They will now be dealt with by the immigration authorities.

The gang under investigation are alleged to be involved in the smuggling of Vietnamese migrants into the UK in lorries and other vehicles.

The investigation is being led by the Project Invigor organised immigration crime taskforce.

NCA Regional Head of Investigations Andrea Wilson said: “These arrests are a very significant moment in what has been a long-running investigation into the illegal transportation of migrants to the UK.

“Working with our partners in the Invigor taskforce we are determined to do all we can to disrupt and dismantle criminal groups involved in people smuggling.

“We have seen the callous nature of how these groups operate. They don’t care about putting people in extremely dangerous situations to cross the Channel, whether that be in the backs of lorries or in small boats. In their minds migrants are a commodity to be profited from.

“Our investigation into this network continues.”

Project Invigor is led by the NCA but also comprises Immigration Enforcement, Border Force, the CPS and the Home Office.

Last year, the bodies of 39 Vietnamese citizens were found dead in the back of a container unit in Essex, UK.

A number of people are currently on trial in connection with the deaths.

The Border Guard in the central province of Quang Tri worked with security forces in Laos’ Savannakhet province to arrest five Lao suspects as a result of an expanded investigation into a ring trafficking drugs from Laos to Vietnam.