Many students in the 12th Physics Majoring Class of the Hanoi-Amsterdam High School for the Gifted have won numerous medals at competitions, as well as scholarships to study at leading schools in the US, UK, Singapore and Canada. 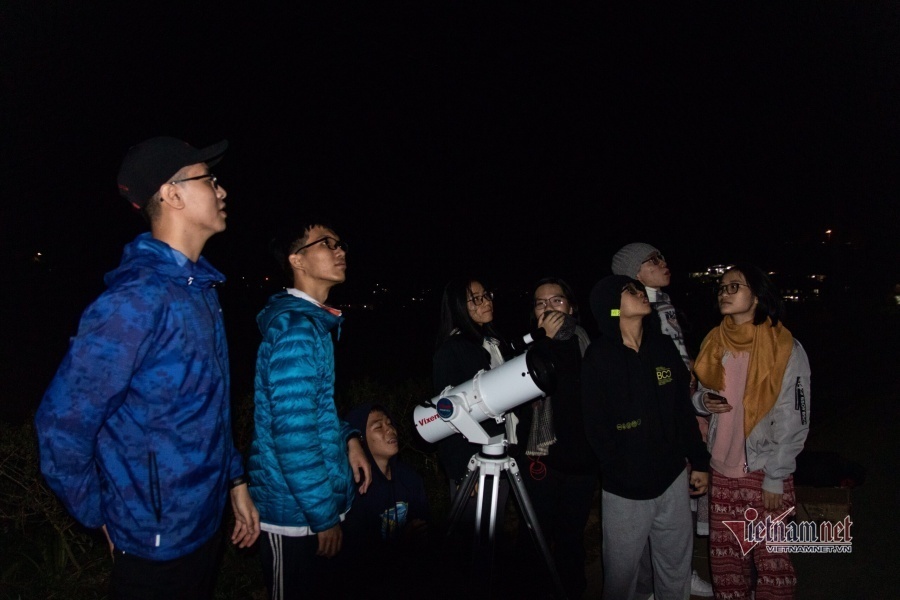 Quan said what he enjoys the most is watching the stars with his friends at night.

Two out of the three gold medals won by the Vietnamese competition team at the last International Physics Olympiad belong to students of the class (2018-2021) – Nguyen Manh Quan and Tran Quang Vinh.

Prior to that, Quan and Vinh won gold medals at the Asian Physics Olympiad in May.

With the achievements, the class achieved a record in the history of the Hanoi-Amsterdam High School for the Gifted, the most prestigious high school in Hanoi, with 10 gold, 2 silver, 6 bronze medals and one Certificate of Merit from regional and international competitions. There were also six first prizes, four second prizes and five third prizes from national competitions for excellent students.

Le Manh Cuong, the head teacher of the class, who is also a physics teacher, said this is a class where students develop comprehensively. They compete with other students at national and international competitions. They are also trained with advanced knowledge equal to the knowledge taught at universities in developed countries.

Students are encouraged to conduct research and learn diverse knowledge. Therefore, they are not only good at physics and other subjects as required by the Ministry of Education and Training, but also good at natural and social sciences.

In 2019, seven members of the class were selected for the national astronomy and astrophysics national teams to attend IOAA-13 held in Hungary. All won medals (1 Gold, 2 Silver, 3 Bronze and 1 Certificate of Merit).

“The achievements gained by Vietnamese students are admired by other national competition teams,” Cuong recalled. While other national teams received consultation by specialists in the field, the number of specialists in Vietnam remains modest. And, astrophysics is still not a subject in the general education program.

The achievements of the students prompted the school to set up an astronomy club to inspire students who have a passion for learning about constellations and objects in the sky. This is the youngest out of 47 clubs at the school.

Quan said what he enjoys the most is watching the stars with his friends at night.

“If the sky is clear, not polluted and has no clouds, there will be a lot of stars. My friends and I use a telescope to search for objects in the sky. Experiences like these motivate us to learn more about the things which remain unexplainable,“ Quan said.

Nguyen Khoa, a fifth-grade student at Ha Huy Tap School in HCMC, has a YouTube channel where he shares his love for mathematics with other friends throughout the country.

With just VND1.2 million and a passion for scientific research, a group of students has successfully assembled a robot arm controlled by image recognition.