As of March, more than 6.4 million poor and near-poor households had won access to loans from the Vietnam Bank for Social Policies (VBSP). 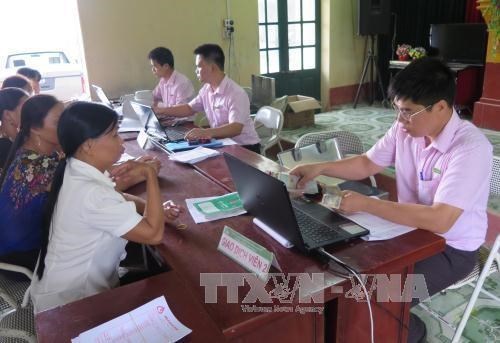 As of March, more than 6.4 million poor and near-poor households had won access to loans from the Vietnam Bank for Social Policies. (Photo: VNA)

Up to 169.52 trillion VND or 73.5 percent of the credit balance was used to serve production, business and job generation, and the remainder for improving the livelihood.

Governor of the State Bank of Vietnam Nguyen Thi Hong, who is also Chairwoman of the Board of Directors of the VBSP, said since the beginning of this year, the VBSP has taken prompt actions in disbursement to meet capital demand of poor and near-poor households, and other social policy beneficiaries.

She ordered stepping up the reception of trusted capital from local bank for social policies, as well as the mobilisation of deposits from organisations and individuals, while better retrieving due debts during the second quarter.