One imported case of COVID-19 reported on March 28 afternoon

One imported case of COVID-19 was detected in the past 12 hours to 6pm March 28, who was put into quarantine after entry, according to the Health Ministry. 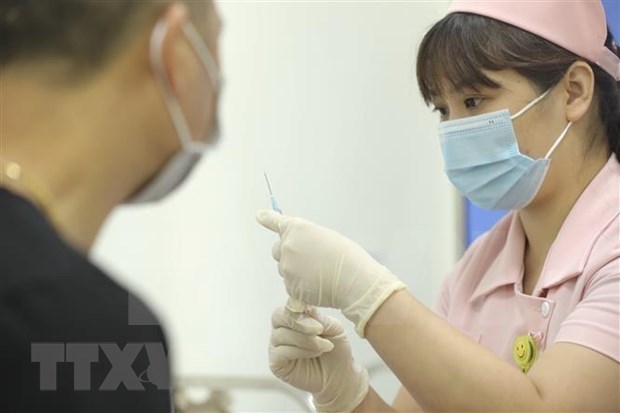 The patient entered through the Ha Tien international border gate and is now hospitalized in the southern province of Kien Giang.

The national count increased to 2,591, of which 1,603 cases were domestic infections.

Meanwhile, 2,308 COVID-19 patients have been given the all clear by now, and the death toll remains at 35.

Among those still under treatment, 30 have tested negative for SARS-CoV-2 once, 38 twice and 57 thrice.

A total of 44,833 people are being quarantined nationwide, with 483 at hospitals, 18,412 at concentrated facilities and 25,938 at their accommodations.

According to the National Expanded Immunisation Programme, an additional 278 people received COVID-19 vaccine shots, bringing the total number of people having got the shots to 44,278. Vaccination work is underway from March 8 to 27 in 19 provinces and centrally-run cities.

The time for research and production of Nano Covax, Vietnam’s first candidate vaccine to reach human trial stage, has been shortened as much as possible, but safety has been ensured, said a health official.