The percentage of poor and near-poor households in ethnic minority dominated areas in Vietnam is 3.5 times higher than the country’s average, the latest survey conducted by Committee on Ethnic Minority Affairs reveals.

The 2019 socio-economic status census on Vietnam’s 53 ethnic minority groups was carried out in October, 2019 over more than 5,400 communes in ethnic minority dominated and mountainous areas of 54 localities.

Do Van Chien, the committee’s chairman, emphasised that the results of this survey would be a legal basis to evaluate ethnic policies in the period of 2015-2020 and the socio-economic development strategy in 2011-2020.

“The census is comprehensive and practical, covering both political and social issues,” said Chien.

“With the application of IT, the survey processed data rapidly and gave out accurate and reliable results.”

The survey showed that 97.2 per cent of these communes are connected to the national electric grid, increasing 4.2 per cent compared to 2015. The average distance from these communes to their districts’ centres is 16.7km; 95.2 per cent of communes have roads leading to districts’ centres concreted or asphalted, the census reads, meaning people have more opportunities to approach public and healthcare services, according to the census.

As much as 99.5 per cent of surveyed localities have medical facilities.

On average, more than 3,800 new schools were built in ethnic minority-dominated areas in the past five years, with the total tally standing at 48,100 schools. Of the 525,000 teachers working at these schools, 134,900 of them are ethnic minority people.

After a decade, the percentage of school-age ethnic minority children not going to school dropped from 26.4 per cent in 2009 to 15.5 per cent in 2019.

As much as 80.9 per cent of ethnic minority people aged from 15 know Vietnamese, rising 1.7 per cent compared to 2015, showing not much improvement in illiteracy elimination.

People in ethnic minority groups have witnessed a switch in occupation, following a drop of workforce in agriculture, forestry and fishery along with a slight increase in industry, construction and services.

Poor and near-poor households, however, still account for a high percentage of the ethnic minority population, at 35.5 per cent, focusing mostly in border areas.

Six groups have a population of more than one million people including Tay, Thai, Muong, Mong, Khmer and Nung. Meanwhile, five others have less than 1,000 people each. They are O Du, Brau, Ro Mam, Pu Peo and Sila.  VNS

The National Assembly on Monday adopted the Resolution on the master plan of socio-economic development in ethnic minority and disadvantaged regions in the country with near 90 per cent approval.

The project "Protection and development of ethnic minorities of less than 10 thousand people towards equality among ethnic groups" is one of the living proofs of the implementation of human rights in Vietnam. 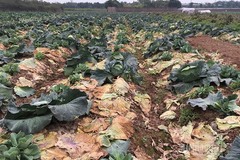 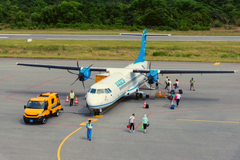