Nearly 100 people join in saving Hoi An beach from erosion

Authorities in Hoi An City have mobilised hundreds of people to urgently save a section of the Cua Dai beach from serious erosion amid the on-going flooding in the area. 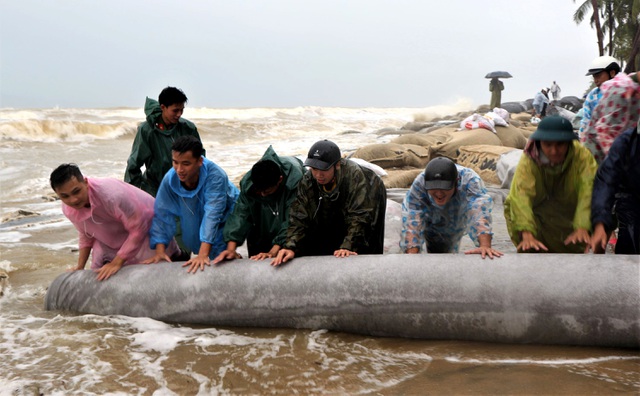 Hundreds of kilometres of beach in Cua Dai have been seriously eroded in recent years. Although Hoi An authorities have spent hundreds of billions of VND to fix the problems but it would continue in rainy seasons.

On October 20, nearly 100 people including military officers, staff at some agencies and local residents were mobilised to save over one kilometre of Cua Dai beach from being swept away by rising floods.

At An Bang beach, the owners of many resorts and restaurants have also tried to prevent erosion by sandbags.

Nguyen The Hung, deputy chairman of Hoi An City said that heavy rains and strong waves over recent days have badly damaged Cua Dai beach with many coconut trees unrooted. Many seaside hotels, resorts and restaurants are being threatened. 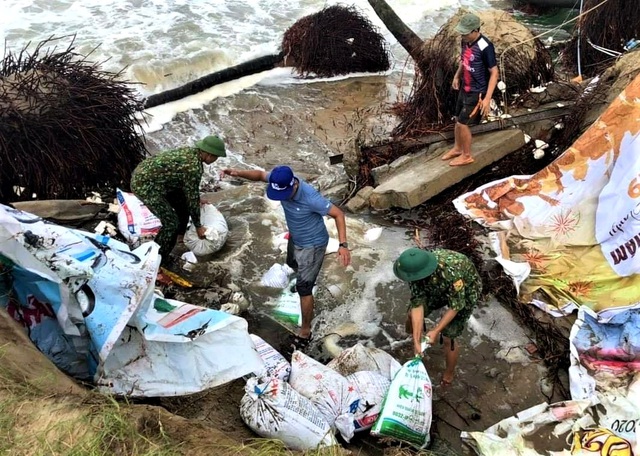 “We had prepared for the rainy season by placing sandbags but they just could not prevent strong waves," the official said. "There has not been a proper solution to deal with erosion here so far, including steel concrete forms." 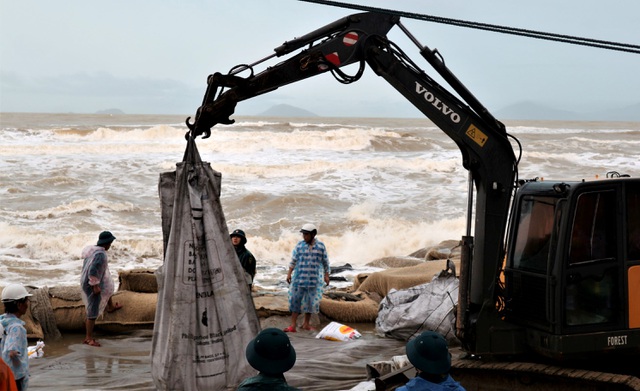 The official said that they are planning a new project to build a dyke along the Cua Dai Beach to better prevent erosion.

"The project will have an estimated investment of VND 200 billion," he said.

The Mekong Delta province of Tien Giang is facing increasing erosion along rivers and canals, according to the provincial Department of Agriculture and Rural Development.