A memorial service was held at Military Hospital 268 in Hue city, central Vietnam, on October 18, for 13 officials and soldiers who were buried in a landslide near Rao Trang 3 hydropower plant in Thua Thien-Hue province.

The 13 victims were part of a 21-member working group that had travelled to Rao Trang 3 Hydropower Plant on October 12 to assist with the rescue work. They included two local officials and 11 military officers and soldiers. 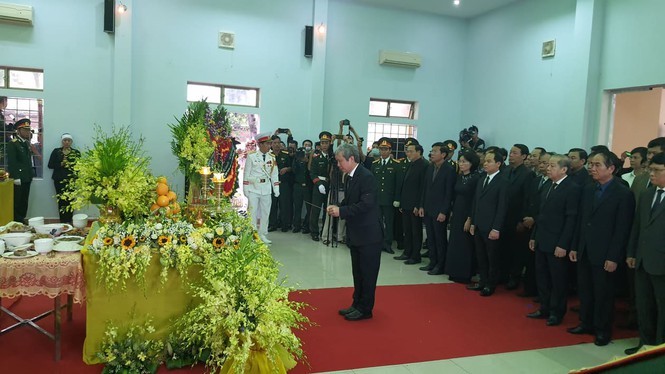 Tragically, a significant landslide consisting of mud and soil was triggered by heavy rain and fell on a house complex at the Song Bo Forest Rangers Station where the group were staying overnight.

Eight people were able to escape the landslide, while the remaining 13 were buried in the rubble. Rescue workers accessed the site and retrieved all the 13 bodies on October 15.

Rescue forces made up of military personnel, medics, and members of the police have urgently joined rescue efforts to look for the missing victims of a landslide which hit Rao Trang 3 Hydropower Plant in the central province of Thua Thien Hue.

icon
Over US$370,351 collected in charity walk for poor residents
icon0