Many officials involved in exam cheating

Many officials have been found to have involved in adjusting the results of the high school graduation exams in Son La, Hoa Binh and Ha Giang provinces. 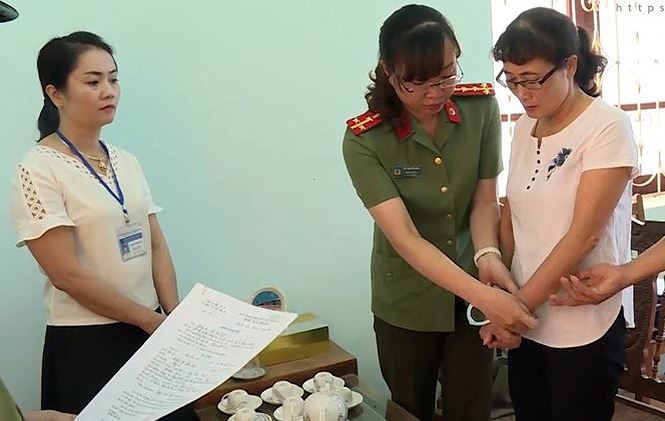 Many people arrested in the cheating scandal

44 pupils had their scores modified after taking the national high school examination last year. Dozens of education officials were accused of taking advantage of their position to manipulate the multiple-choice test scores. All the modified test results have been dismissed.

Many pupils who had their scores modified are children or relatives of local officials.

On April 10, Son La Province People's Procuracy started prosecuting Major Dinh Hai Son from the provincial Department of Public Security for abusing position and power. Son helped other accomplices modify the test scores and asked to change the scores for two pupils, including for his brother-in-law.

One of the pupils with average academic ability had his score raised by 12 points. His classmates all said they were surprised by the modified result. It was later revealed that his father worked in the taxation department in Son La. In a similar situation, another pupil who often had bad scores suddenly scored very high in the high school examination. His parents both work in public security.

It was recently revealed that two out of 64 pupils whose exam results raised in Hoa Binh Province were relatives of people already charged with cheating.

Meanwhile, the police in Ha Giang has prosecuted three accomplices in the cheating scandal. According to many parents, several pupils who had their scored modified are children or relatives of the province's leaders or business owners.