An elephant tamer in the central highland province of Dak Lak has died after being attacked by a domestic elephant. 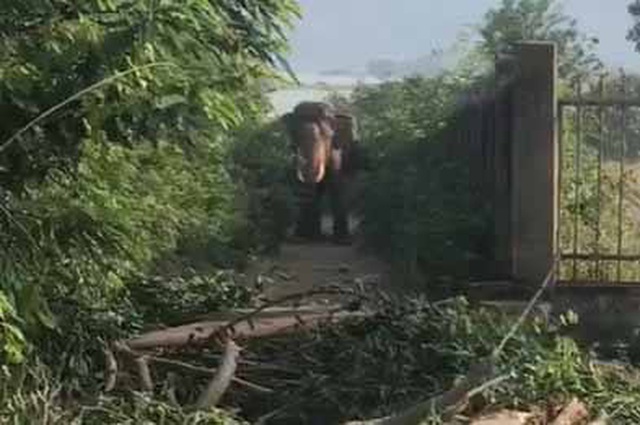 Party Secretary of Lak District People's Committee, Vo Ngoc Tuyen, announced this morning, May 22, that the incident occurred at 7am when the tamer, Y Drim Kuan, 30, took an elephant out for a bath.

The 48-year-old male elephant belongs to Dang Nang Long who is known for owning the largest number of elephants in Vietnam. The elephant is being raised at Lak Lake Tourism Site.

"Some local people saw the attack and came to rush the tamer to a local hospital but he died shortly afterwards from serious injures," the official said, adding that the elephant has been controlled after running to a nearby petrol station. Dtinews

Many elephant conservation programs have been implemented in Vietnam, but the efforts have not stopped the decline of the elephant population.

Dak Lak is considered the country’s ‘elephant metropolis with 140 elephants, both wild and domestic. However, the number of ‘nanny’ elephants there is alarmingly low, which has affected the conservation of the local herd of elephants.