Is it time to remove schools for the gifted in Vietnam?

Dr Nguyen Duc Thanh believes that the Hanoi-Amsterdam High School for the Gifted should be closed down or sold to private investors.

Thanh’s proposal has stunned the public for several reasons. First, Thanh is a respected economist and former director of the Vietnam Institute for Economic and Policy Research (VEPR). 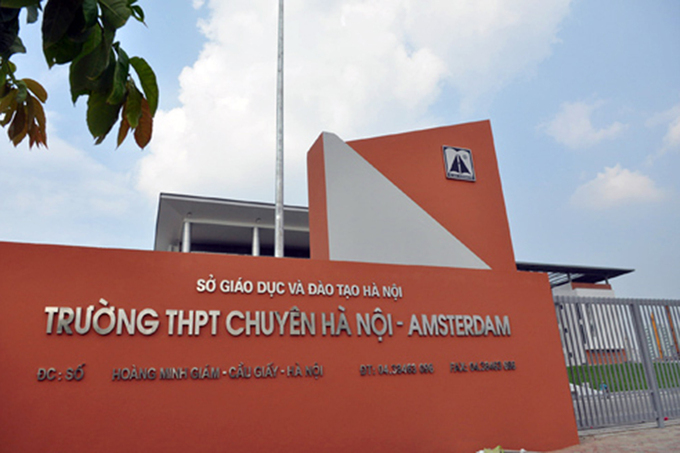 Second, Thanh was an Amser, the name the students at the school call themselves. He was a physics major student at the school in 1992-1995.

And third, the Hanoi-Amsterdam High School for the Gifted, which is 35 years old, is one of the most prestigious high schools in Vietnam. Its students gain great achievements at international competitions and their qualifications are highly appreciated by employers.

Thanh believes that the existence of the school is ‘useless, outdated and unjust’.

“My belief about the uselessness, obsolescence and injustice of the school model is reflected in the fact that I never intend to send my children to that school,” Thanh said.

What do Hanoi-Amsterdam and other schools for the gifted use the state’s financial resources for?

The problem is that schools for the gifted receive 2.5-2.7 times more money from the state than other state-owned schools.

What do schools for the gifted do with the state’s big resources?

Some people say the function of these schools is training outstanding people who attend international competitions to bring fame to Vietnam. However, Thanh believes there is no need to develop a large network of schools for the gifted in the country just to serve this goal.

Others say the purpose of the schools is producing talented people. But Thanh has doubts about this purpose.

He argues that if the state spends money to foster the growth of talented students, these students have the later responsibility of serving people who pay taxes to fund their studies.

Students only choose to study at Hanoi-Amsterdam because the school provides high quality education at a low cost. As such, the purpose of ‘producing talents’ cannot be implemented.

“I myself once studied at the Hanoi-Amsterdam High School for the Gifted and the school did not achieve any of these above mentioned aims when training me. However, I still enjoyed a good education at low costs, and the costs were paid by other people whose children did not study at the school,” Thanh said.

Whether to maintain schools for the gifted is an annual topic of discussion among many parents.

Ministry of Education and Trainning develops standard for universities

The Ministry of Education and Training is to implement the Vietnam National Qualifications Framework (VQF).