The International Labour Organization (ILO) has welcomed the new rights of workers and employers in Vietnam from January 1 as the revised Labour Code adopted in 2019 takes effect.

“The new code will put Vietnam on an accelerated track for decent work for all working women and men,” said ILO Vietnam Director, Chang-Hee Lee. 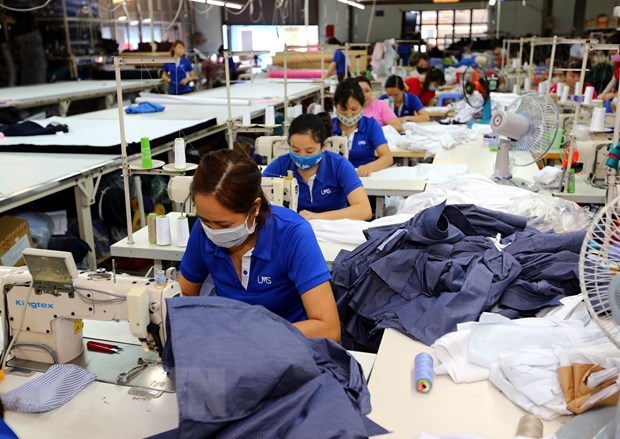 “The new Labour Code makes numerous improvements which can bring benefits for workers and employers. But they will become a reality only when all are aware of their new rights and actively use them,” he said.

According to ILO, the first important change is the expanded coverage of the Labour Code to those who work but without written employment contracts. Certain legal protections under the new code can be applied to about 55 million people, instead of the current coverage of about 20 million workers with employment relations.

The retirement age will be gradually increased to 62 years for men (by three additional months per year) and 60 years for women (by adding four more months annually). It reduces gender gaps from five to two years while making the pension system more financially sustainable and responding to the demographic challenge of rapid ageing.

Thirdly, in line with modern labour laws of advanced countries, the code has created legal provisions for workers and employers to decide wages and working conditions through dialogue and negotiation, with the role of the State limited to defining legal minimum standards such as minimum wages and overtime caps. For example, employers no longer have to register their salary scales and tables but are required to consult with workers’ representative organisations.

Fourthly, the code allows workers to establish and join a workers’ representative organisation of their own choosing, which may or may not be affiliated with the Vietnam General Confederation of Labour (VGCL). Workers’ organisations, which are not affiliated with VGCL, can be organised at the enterprise level and will have the same industrial relations rights and obligations equal to grassroots trade unions under the VGCL.

Under the new law, the mechanism for resolving labour disputes has been streamlined. If mediation fails to resolve a dispute, workers can choose whether to go to lawful strike or arbitration. Previously, more steps were required before workers could lawfully strike.

“The changes will create a solid foundation for the Government, workers’ and employers’ representative organisations to get on a more sustainable path towards shared prosperity, avoiding the middle-income trap. It will accelerate social and economic upgrading of Vietnam,” Chang-Hee Lee said.

New challenges and opportunities ahead

The Government has issued Implementation Decree 135 on retirement age and new Decree 145 on employment conditions and industrial relations, giving effect to their related provisions. However, the Government has yet to issue a decree on the registration of workers’ representative organisations and another decree on collective bargaining. Without them, workers and employers cannot enjoy benefits of new rights created by the 2019 Labour Code.

“The Government should adopt the decrees on registration of workers’ representative organisations and collective bargaining as early as possible, to enable workers and employers to exercise their rights,” said ILO’s chief of the Freedom of Association Branch, Karen Curtis.

“All legal tools must be available to ensure that workers who take initiatives to exercise the newly created rights under the new code are fully protected, including from any forms of retaliation," she added

According to the ILO Vietnam Director, labour inspection alone cannot guarantee the full compliance of the Labour Code.

“Ultimately, it is responsibilities of all, not only the Government, workers’ and employers’ representative organisations but also media, non-governmental organisations and courts to make all members of society enjoy the full benefits of the new Labour Code,” he said.