High flood tides have submerged many streets in HCM City.

The city and many other southern localities often witness the highest tides from the 9th lunar month to the 2nd lunar month of the next year.

Over recent years, it has become common for HCM City people to face flooded streets with following heavy rains and tides.

According to the Hydrometeorological Observatory Southern region, the water level at Saigon River measured at Phu An area was 1.57 metres.

The tides are forecasted to reduce today with the peak of 1.54 metres at around 6 pm. 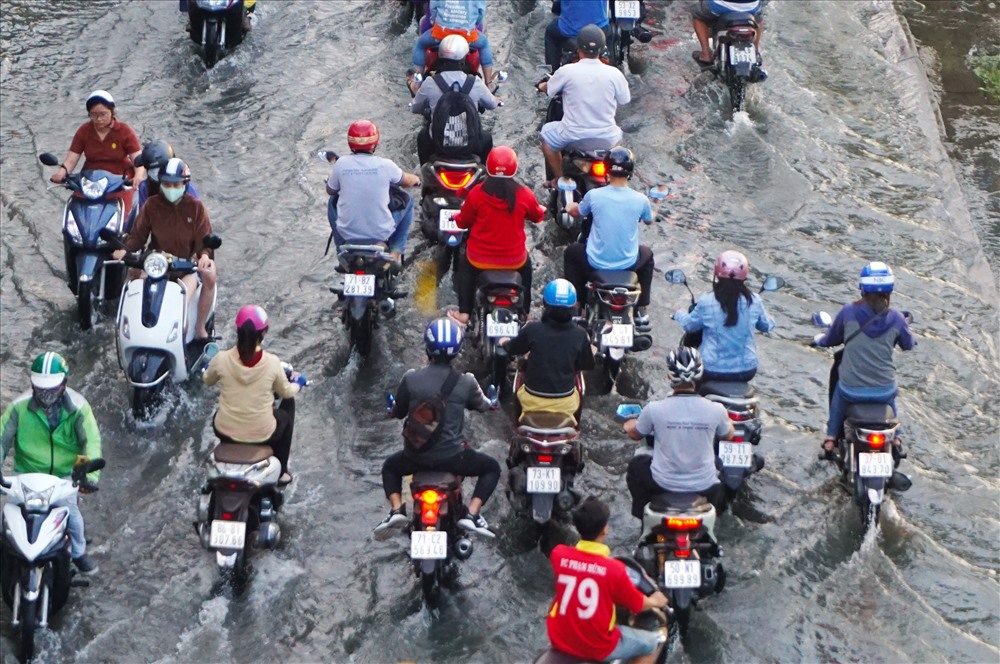 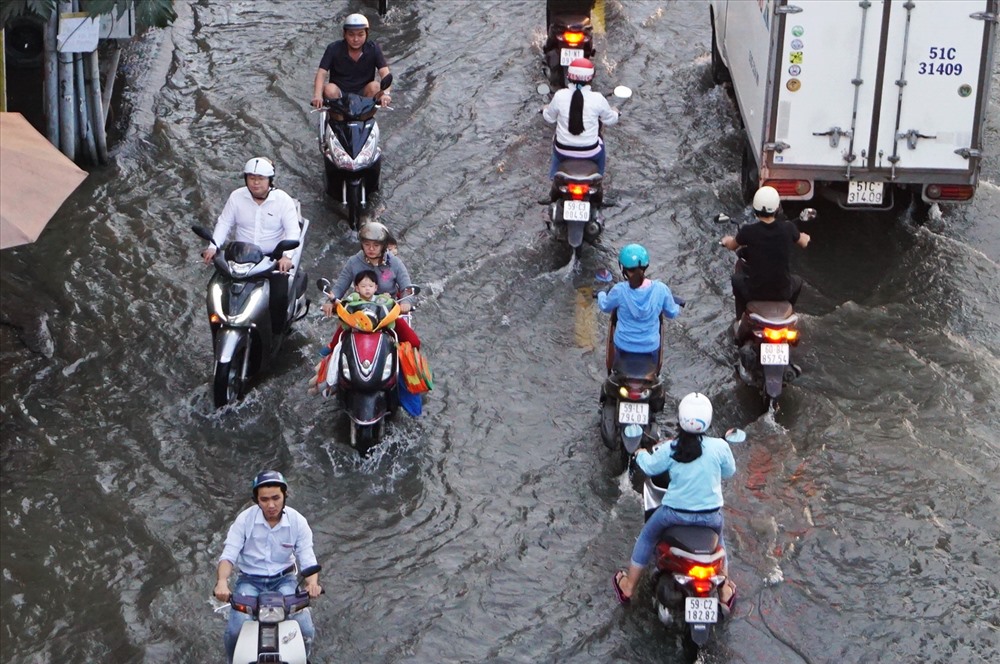 People trying to travel through the flooded street 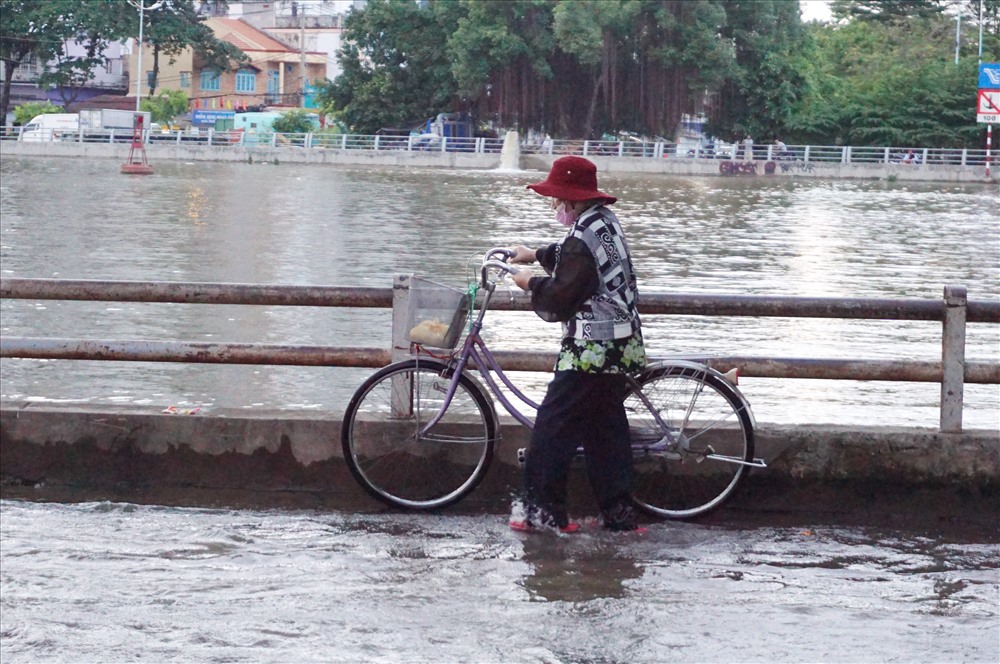 A woman went on the pavement to avoid the inundated street 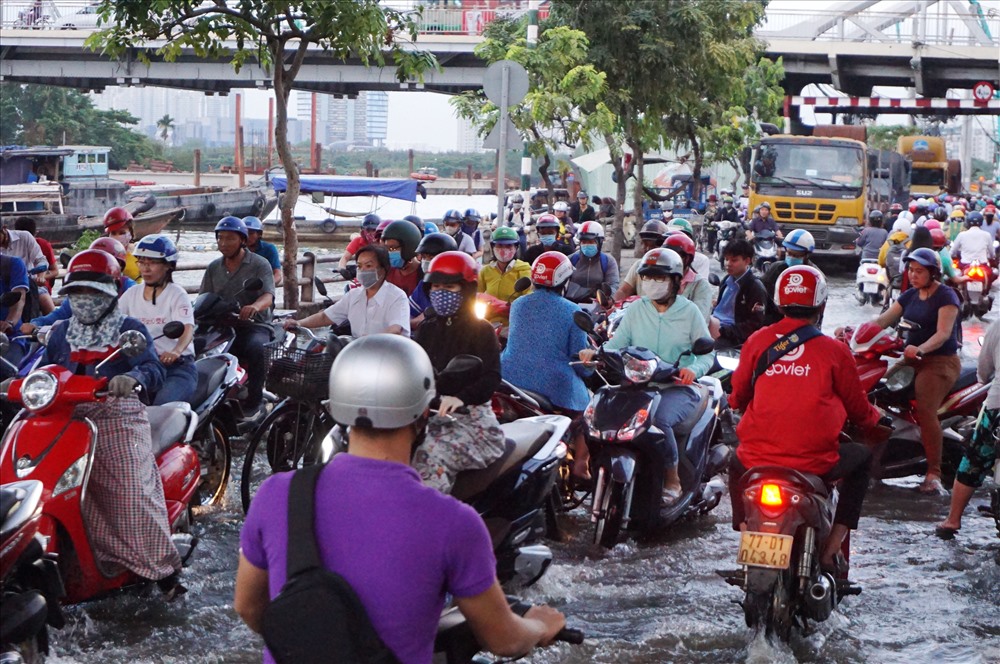 A restaurant failed to attract customers due to the high waters