HCMC: digital economy development is key task of next term

HCMC Mayor Nguyen Thanh Phong said that municipal authorities are striving for a dual goal – fighting against Covid-19 and developing the digital economy.

Resident and voter Pham Quoc Bao at the HCM City People’s Council meeting on December 8 asked Phong to explain the solutions to economic recovery in the context of Covid-19. 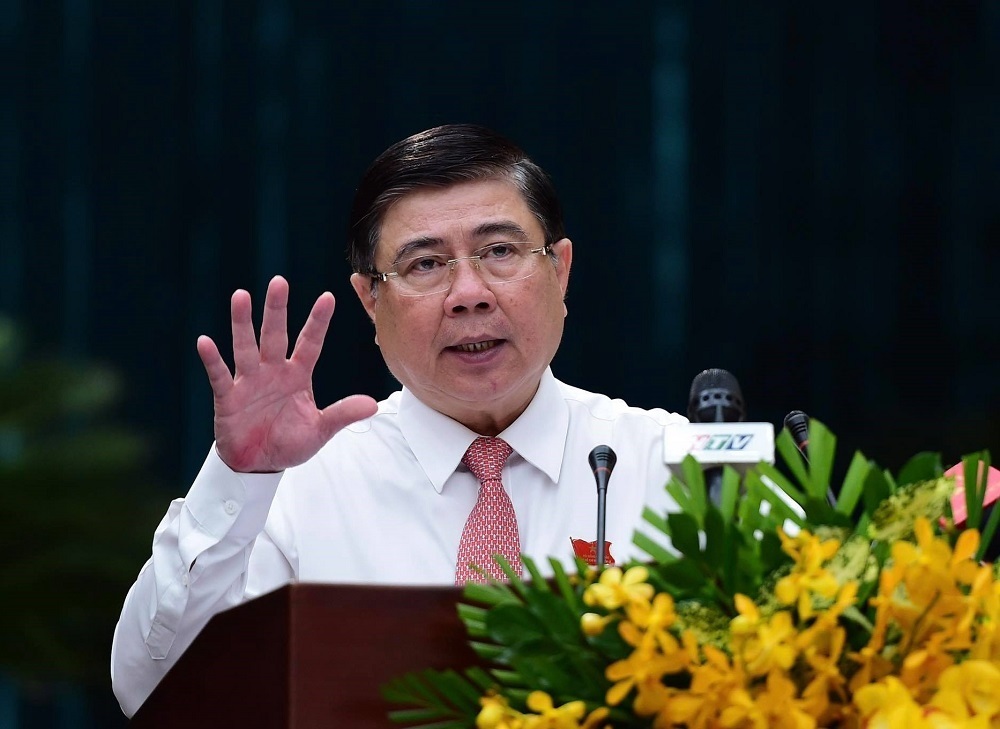 Phong said fighting against the pandemic is the top priority, but HCM City also needs to develop the economy at the same time.

During Covid-19, the city has provided support packages to help enterprises, especially small and medium sized. The city has also sought support from the central government, including tax remission and preferential loans with the interest rate of zero percent.

At the macro level, the city is implementing the digital transformation program, and promoting innovation and a startup ecosystem. It is expected that the digital economy will make up 20 percent of GDP by 2025, and the figure will grow steadily to 2030.

The municipal authorities have assigned Vice Mayor Duong Anh Duc to organize the implementation. The local authorities will cooperate with the Ministry of Information and Communications and Statistics Office to quantify the contributing indicators to the national GDP and the city’s GRDP.

Regarding the fight against Covid-19, according to Phong, since January 23, 142 cases in the city have been reported, including 32 community transmitted cases and 110 imported cases.

To date, 35,799 individuals have undergone quarantine and 194,384 samples have been tested.

Since January, there have been three outbreaks. In the first outbreak, when three cases were discovered, the city quickly carried out contact tracing and zoning to prevent the spread.

Later, a hotbed was discovered at the Buddha Bar in district 2, in which 18 people were infected. This was eventually controlled after a lockdown period.

The second outbreak lasted from July 28 to August 8, when people wete infected from people returning from the epicenter of the outbreak in Da Nang.

The third outbreak was from November 28 to December 1, when four community transmitted infections were discovered. The people were infected by patient No 1342, a flight attendant.

The third outbreak occurred after three or more months of no locally transmitted cases, but it has been controlled well.

“The fight against the pandemic has brought good results thanks to the strong determination and unity of the people,” Phong said, adding that HCM City is fighting the pandemic while developing economy at the same time.

Two containers containing used rubber gloves imported from China into Vietnam have been discovered and confiscated at Cat Lai Port in District 2 by HCMC's competent agencies.