The HCMC Department of Transport has proposed using high-speed boats to transport vegetables from the Mekong Delta to increase the vegetable supply in the city which is struggling with vegetable shortages due to the stay-at-home order. 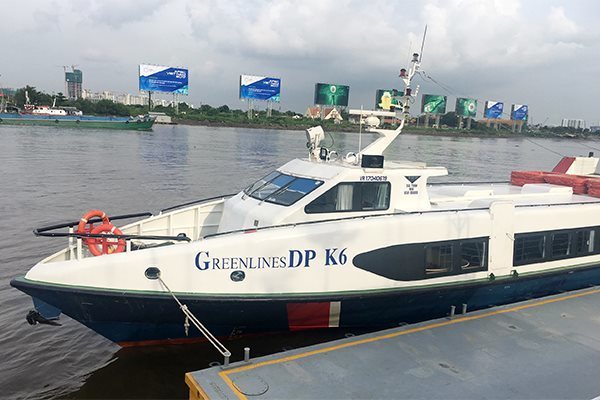 Speaking at a meeting with leaders of the Ministry of Transport on July 16, Tran Quang Lam, director of the HCMC Department of Transport, said stricter restrictions to curb the fast-spreading Covid-19 pandemic in HCMC and the southern provinces have caused disruptions in the transportation of vegetables from other provinces to HCMC.

Leaders of the Ministry of Transport have approved the HCMC Department of Transport’s proposal and the department expected to begin transporting vegetables from the Mekong Delta provinces to the city next week.

The city will use high-speed boats of the Greenlines DP Technology Co. These boats used to carry passengers from HCMC to Vung Tau but the service has been suspended due to the pandemic.

A representative of Greenlines DP said the entire crew has been vaccinated and will be tested for Covid-19 before joining the initiative.

The company will deploy five large high-speed boats to transport vegetables from Ben Tre and Tien Giang to HCMC. Each boat is capable of carrying 20 tons of vegetables.

According to Nguyen Nguyen Phuong, deputy director of the HCMC Department of Industry and Trade, the city is facing a shortage of vegetables due to transport restrictions as well as the closure of traditional wet markets and wholesale markets.

Data of the HCMC Department of Industry and Trade showed that the city needs some 7,000 tons of food comprising vegetables and meat for its citizens a day. After the citywide social distancing, the amount of food transported to the city’s wholesale markets has dropped over 50% to some 2,700 tons as the three biggest wholesale markets have been closed down.

The department has asked supermarket chains across the city to increase their capacity, from 1,130 tons of food to 2,465 tons a day. However, the city still lacks some 1,000 tons of fresh food a day for the citizens.

PM Pham Minh Chinh has instructed ministries and local administrations around the country to create favourable conditions for local people who went to HCM City, Can Tho and southern provinces for work and other reasons to return home.