HCM City warned of problems if BRT project is delayed

The Management Board of the HCM City Green Transport Development Project has said there could be serious consequences if the city postpones the Bus Rapid Transit No 1 project. 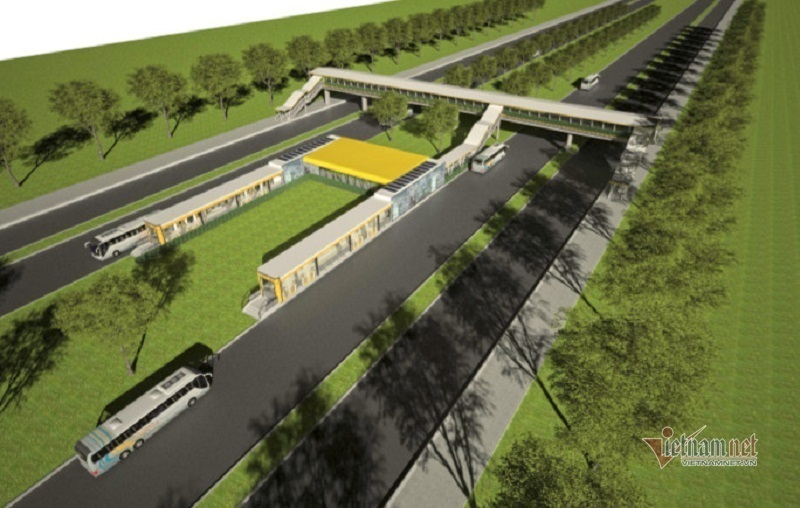 If municipal authorities decide to postpone BRT No 1 as per a proposal by the HCM City Transport Department, the World Bank (WB) will cancel a green transport development project, and funds from IDA (International Development Association) and SECO grant (technical assistance project) will end.

If so, the BRT1-CS9 bidding package on “consulting to study the reorganization of the city-wide bus network and prepare an action plan to improve the efficiency and service quality of the existing bus system” as proposed by the city transport department won’t be implemented, unless the city uses its own money.

The management board pointed out that the WB will stop capital to the project and the city will have to allocate a budget for the implementation of BRTI - CS9.

The termination of the WB’s funding will result in the cessation of the SECO project with non-refundable capital of $10.5 million, which supports the major project. It will also put an end to the signing of a contract with the consultants to research and plan an innovative, highly interactive urban area in the eastern part of the city (General Planning of Thu Duc City).

Postponing BRT No1 will cause delays to the development of public transport in HCM City, and influence relations between HCM City and WB, and the Swiss Government, especially in forming projects in the future.

Postponing the project also means that the investor will have to terminate 12 consultancy contracts with domestic and international contractors under implementation. This may lead to a risk of appeals and contract disputes, as products paid for cannot be used.

The postponement will also affect compensation for site clearance and resettlement.

According to the management board, accelerating the development of the public transport network is an extremely important task in 2021-2025.

The board emphasized the need to form a backbone public transport route connecting the east and west of the city (Binh Chanh, Binh Tan districts and Thu Duc City), to serve travel from the Mekong Delta to Thu Duc and Long Thanh Airport. If the city cancels BRT1 along Vo Van Kiet – Mai Chi Tho route, it needs to replace it with another route.

The management board has suggested three options.

Option 3: stop BRT1 and negotiate with WB and SECO to continue using IDA and SECO capital to develop a high-quality bus network.

The HCM City People’s Committee plans to establish technical standards to develop a single smart card that could be used for all types of public transport.