The HCM City authority has turned landfills into public parks and recreational sports areas in some districts in the city. 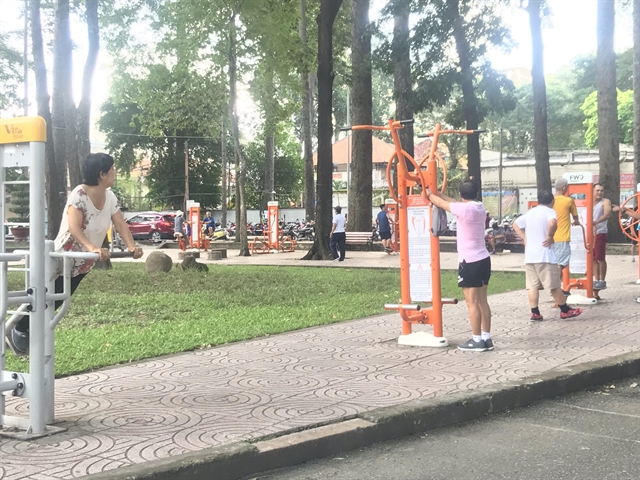 Many landfills in residential areas in HCM City have been turned into parks and recreational sports areas.

The People’s Committee of Trường Thọ Ward in Thu Duc District, for example, has recently opened a playground.

The area used to be a landfill, which caused environmental pollution and affected urban beauty.

The ward’s People Committee encouraged organisations and the public to clean up and build a playground with total investment of VNĐ300 million (US$12.900).

At the playground, people can play sports and exercise.

At the remaining landfills, the authority has installed surveillance cameras to strengthen inspection, supervision and handling of violations.

In addition, the authority has encouraged people to sort waste at their house.

Last year, the authority in Long Trường Ward in District 9 turned a 640 sq metre landfill in Nguyễn Duy Trinh Street into a park for local people.

According to the ward’s authority, because the area is located in front of a secondary school, it once had a lot of street vendors selling food and they littered the place, gradually turning it into a landfill.

The union in Long Trường Ward worked with student volunteers from HCM City’s University of Technology and local people to clean up the landfill. After a month, one tonne of trash was removed.

After the park was completed, it became a recreational sports area for people.

According to the city’s Department of Resources and Environment, the city has many landfills located in residential areas. These landfills last a long time, although local authorities regularly organise cleanups and penalize violating units, but problems still occur.

Since 2016, the Department of Natural Resources and Environment has worked with district authorities to collect and clean waste at unofficial landfills and turn them into parks. VNS