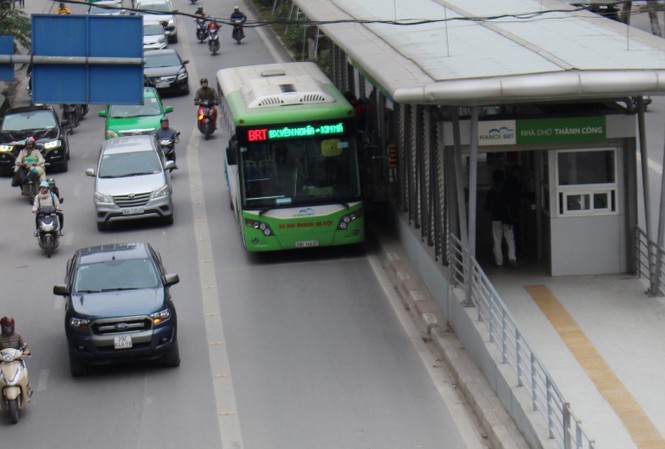 Chairman of Hanoi Public Transport Association Nguyen Trong Thong has proposed to the Ministry of Transport and Hanoi People's Committee and Hanoi Department of Transport to provide support to firms that are operating public buses. They are in difficulties because of slow disbursement of state subsidies and many bus routes in Hanoi may have to temporarily shut down.

According to Decree 32, starting from June 2019, 104 subsidised bus routes in Hanoi would no longer be given subsidies and must hold bids to find suitable managers. However, the plan hasn't been carried out smoothly and faced some challenges.

Hanoi Public Transport Association proposed to build 14 lanes for public buses only. The plans for four lanes have been made for 2019-2020 period, 10 lanes will be built in 2020-2030 period. It is hoped that the project will improve the reliability of public buses to attract more passengers and reduce congestion.

In regards to the laws about transportation, the association opposed the idea to separate the current Law on Road Traffic into a smaller Law on Road Traffic and Law on Traffic Safety. According to the association, separating the law may result in overlapping regulations, waste of effort and money on management and lack of motivation to build specific laws on aviation, waterway and railway traffic. Dtinews

The plan to relocate many universities from central Hanoi areas has remained committed to paper, with this being blamed for worsening traffic.