Hai Phong wants to set up 'city within a city'

MOC said in reply to Hai Phong City’s voters about the formation of new districts and Thuy Nguyen City within Hai Phong, similar to the proposed Thu Duc City within HCM City, that the establishment is allowed by law. 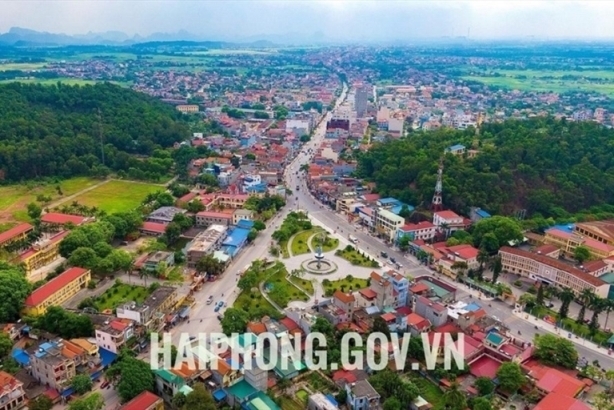 The voters asked the government to approve the Hai Phong development planning soon for the 2021-2030 period with a vision until 2050.

The Prime Minister approved the planning tasks in Decision 1412 dated September 15, 2020. Under the decision, MPI is the standing body of the appraisal council that submits plans to the Prime Minister in accordance with provisions of the 2017 Law on Planning and Decree 37 dated May 7, 2019, which gives detailed guidance on the implementation of some articles in the Law on Planning.

The time for planning is no more than 24 months since the date of approval of the planning tasks.

Regarding the overall planning of Hai Phong City, MOC said the Prime Minister has approved the planning tasks in the Decision 535 dated May 15, 2018.

The Hai Phong City People’s Committee sent a Document No 154 dated October 21, 2020 on the issue. MOC is appraising the plan before reporting to the Prime Minister for consideration and approval.

The People’s Committee has the responsibility of working with agencies to draw up a plan on administrative units at district and commune levels in Hai Phong in accordance with Resolution No 37 of the Central Steering Committee and Resolution 1211 of the National Assembly Standing Committee.

At a meeting in July, the Hai Phong City People’s Council decided to turn Thuy Nguyen district into a city belonging to Hai Phong City.

At present, Thuy Nguyen is a rural administrative unit, but this model is no longer suited to the new circumstances.

HCM City must ensure transparent governance before establishing a “new city within a city” from the proposed merger of three city districts, experts said on Wednesday at a seminar in the city.