The author explained that to date, the country has only recorded approximately 2,500 infections and 35 deaths. 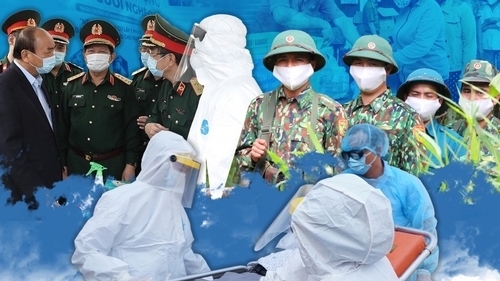 The nation’s drastic measures to curb the spread of the novel coronavirus (COVID-19), including implementing quarantine and contact tracing, have helped it overcome the third wave of outbreaks in under two months, writes German journalist Johannes Giesler in an article published on Yahoo Nachrichten.

The author explained that to date, the country has only recorded approximately 2,500 infections and 35 deaths. He added that in order to achieve these positive figures, the nation has implemented a zero COVID-19 strategy which aims to eradicate the pandemic rather than simply containing it.

As a means of reducing the number of infections, the country imposed strict restrictions for several weeks without any exceptions. As a result, once local life returned to normal it became far easier to carry out contact tracing, he added.

The article notes that Vietnamese success in repelling the second wave and third wave of outbreaks, which began at the end of January, can be put down to swift reactions which were effectively implemented.

Giesler also cites a study done by Oxford University which attributes the nation’s success to having a strong health sector, a decisive Government, and an active prevention strategy. This plan is based on large-scale COVID-19 testing coupled with strict quarantine and contact tracing measures.

Furthermore, the article notes that the Vietnamese Governments has the ability to quickly pass anti-epidemic decisions in just a few days, while other countries sometimes take weeks to do so. Initial measures, such as wearing a mask in public, adjusting social life, and restricting mobility, were even in place before the first COVID-19 case was registered locally. Not long after that, the nation moved to shut down schools, restrict arrivals from China and the Schengen region, whilst halting an array of major events. These early and drastic decisions were made when the country had only recorded five cases, Giesler emphasised.

Moreover, Vietnamese people have been fully aware of the importance of sanitary and epidemiological measures, while the country has had infrastructure available for bulk isolation. As of the end of last year, 10.2 million people in the nation had been put into quarantine, of which about 50% did so in public facilities.

The article concludes by noting that in the nation there are hardly any debates about herd immunity, rallies where people fail to wear masks and don’t social distance, or doubts about the effectiveness of vaccination, sanitary, or epidemiological measures.

Three local men who returned to Vietnam from Angola have tested positive for Covid-19, sending Vietnam’s tally to 2,629 cases as of this morning, April 4, the Ministry of Health confirmed.