Flood tides forecasted to submerge many areas in HCM City

Flood tides have been forecasted to reach peaks of 1.6 metres on Saigon and Dong Nai rivers on February 12 and would flood many areas in HCM City.

According to the Southern Regional Hydro-Meteorological Centre, the flood tides on the two rivers have surpassed warning levels and are 0.3-0.35 metres higher than the same period of last year.

A street in HCM City submerged by flood tides

On February 11, the tides level on Saigon River at Phu An area was at 1.59 metres, while it was at 1.58 metres at Dong Dien area in Nha Be District.

The flood tides would climb to 1.60 metres on February 12, so, many low areas in HCM City’s districts such as Nha Be and Binh Thanh and districts 8, 7 and 2 would be inundated until the middle of the month.

Districts have been urged to take measures to mitigate the negative impacts of the flood tides. VietNamNet/Dtinews

High flood tides have submerged many streets in HCM City. 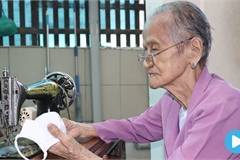 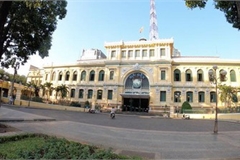